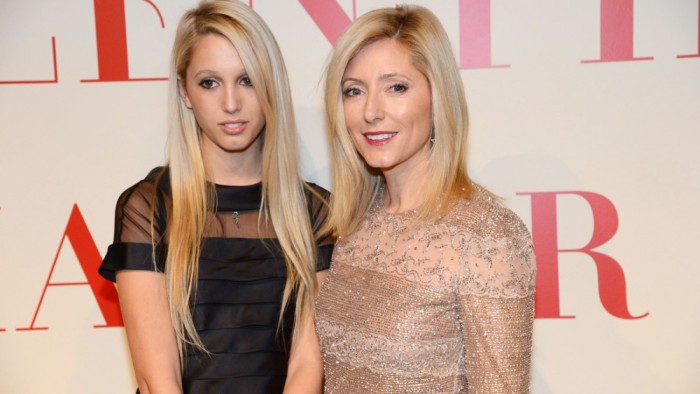 A rumor was circulating in the media a few days, about Prince Harry and his alleged new girlfriend Princess Maria-Olympia of Greece.

“Harry has fallen head over-heels with Maria-Olympia,” an insider had told the Australian Magazine New Idea. “He’s absolutely smitten. They’ve been on a string of dates and are planning to go skiing in Switzerland before Easter.”

However, a palace official rushed to shut down these rumors, saying that “it’s nonsense, it’s not true in the least.”

Maria-Olympia is the eldest daughter of Crown Prince Pavlos of Greece and his wife Crown Princess Marie-Chantal. Prince Pavlos is the son of Greece’s former King Constantine II, who reigned in the country from 1964 until the monarchy was abolished in 1973.

Maria-Olympia was born on July 25, 1996 in New York City. She moved to London with her family at the age of 7 in order to grow up close to her grandparents. She studied drama, history of art, graphics and photography in London and she is quickly making her mark on the city’s social scene.

The princess is well known in London as a “style icon” and was named “The Most Eligible Girl in the World” by Tatler magazine. She is quickly becoming a trendsetter and has been spotted sitting in the front row at various fashion shows.