GRNews
GreekReporter.comGreeceDoctors, Lawyers, Engineers Take it to the Streets in Greece

Doctors, Lawyers, Engineers Take it to the Streets in Greece 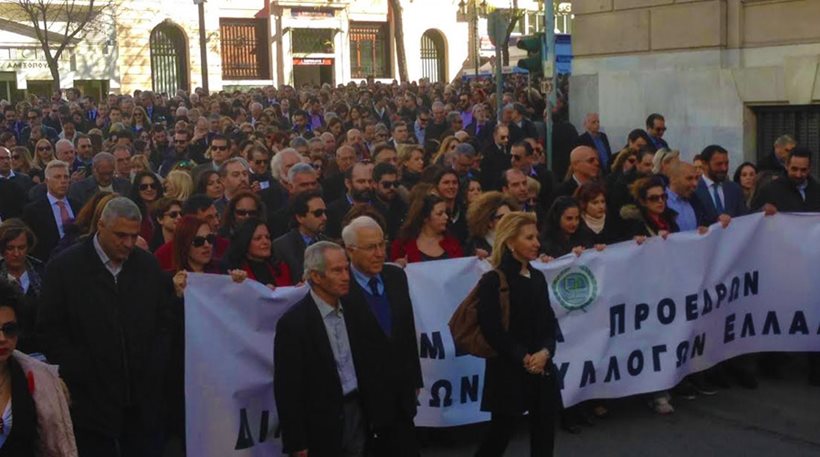 Doctors, lawyers, engineers and other professionals took it to the streets in Athens, Greece, on Thursday, protesting against the government’s plan for social security fund reforms.
Thousands of professionals assembled outside the Labor Ministry, demonstrating against the hikes in contributions and taxes that affect them. The rally then moved to the Greek Parliament to culminate with protesters delivering a protest resolution to the Labor Ministry.
Protesters ask for the repeal of the government’s proposal, which, they claim, would lead them to extinction.
The president of the lawyers social security fund, Dimitris Vervesos, called on the government to withdraw the draft bill that leads “thousands of professionals to marginalization” and to revise the draft.
Referring to the protest rally, Vervesos said that “today, lawyers will give an answer to the Labor Ministry and the government in general as to who represents the majority of the profession.”
As the three-day lawyer strike ends today (Thursday), the law professionals will convene again to decide whether they continue their strike indefinitely and nationwide.