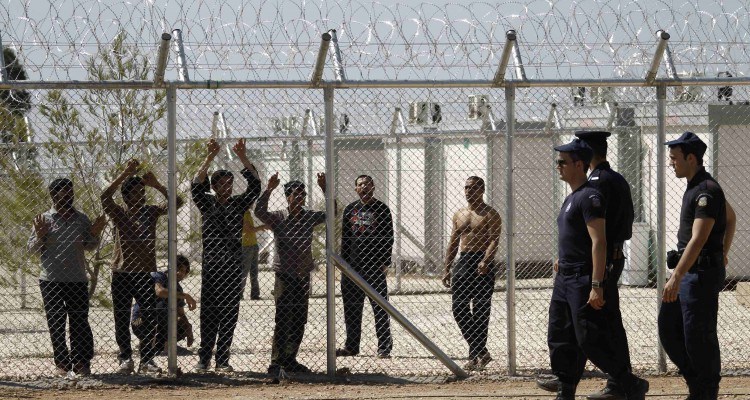 The Greek government is to change immigration policy under constant pressure by the European Union in regards to stemming the migrant inflow to Europe.
Earlier in the year, Athens had shut down migrant detention centers due to congestion and inhumane conditions, however, this resulted in thousands of migrants ending up staying in Greece.
The huge refugee inflow from the Middle East brought with it tens of thousands of economic migrants who don’t qualify for asylum. Athens had no plan on how to handle the migrants who were refused entry to Former Yugoslav Republic of Macedonia (FYROM). Now it has to re-open migrant detention facilities.
According to a Huffington Post report, the first center will be that of Corinth. Others will follow shortly. In addition, Greek Police have been given orders to start arresting Tunisian, Moroccan and Algerian nationals who have reached Greece through illegal means.
“For the first time the government distinguishes the migrant wave from the wave of refugees. So far, those who had entered the country have crossed through to Europe. The biggest percentage of them left through Idomeni (Greece-FYROM) border. This doesn’t happen anymore. The closure of the borders of FYROM and other European countries now forces Greece to pursue the policy of expulsions. It is a one-way street, and an explicit requirement of the European Union,” a police source told Huffington Post.
So far, about one million refugees and migrants have entered Europe through Greece. According to information from Greek and European agencies, authorities conclude that about 3 million refugees and migrants will attempt to cross to Greece from Turkey in 2016. This might create serious safety problems in the country.

A European arrest warrant was issued on Tuesday for Christos Pappas, the neo-Nazi former lawmaker, who is on the run after his conviction in October 2020.
Music