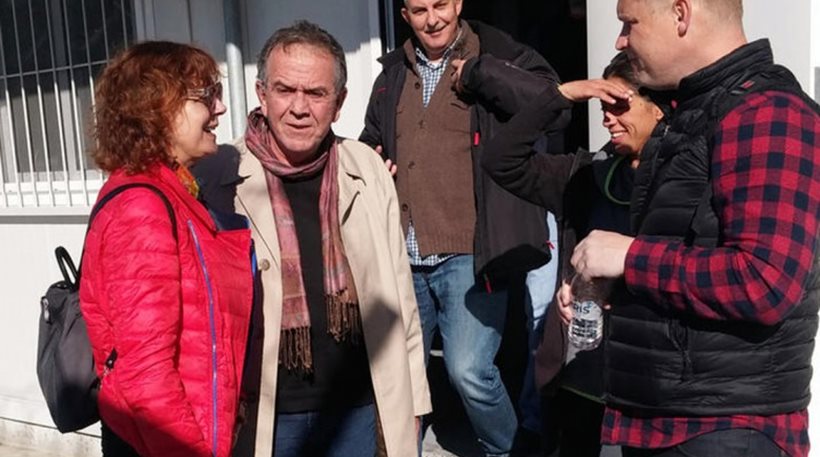 “Greece has taken on more weight than it can handle and I don’t think this is fair,” said famous actress Susan Sarandon who spent Christmas at a refugee camp in Athens, Greece.
Sarandon along with Greek Deputy Immigration Policy Minister Yiannis Mouzalas visited refugees and migrants at the former Olympic hockey arena at Elliniko on Christmas Day.
The actress spent an hour at the camp, inspecting the facilities and speaking with migrants and refugees inquiring about their living conditions and the problems they face.
Coming out of the hockey arena that currently houses 450 refugees and migrants, Sarandon spoke to reporters saying that, “It is clear that Greece has taken on more weight than it can handle and I don’t think this is fair. I hope we will find a way to have more effective cooperation with other countries. ”
“I’m not here to solve the problem,” the actress said, adding: “For me, the most important thing is that people understand that Greek organizations and the people who come here to help – from Greece and all over the world – put great effort and managed to save these people… It is a huge problem and I think they do the best they can.”
Sarandon is expected to return to the United States on Saturday. She said that once there, she will try to inform U.S. citizens that, “this is a humanitarian crisis, not a political issue.”
“The American people should understand that this is a complicated issue and these are human beings” she said. She also said that in February she will visit Turkey to see the refugee accommodation points there.
Meanwhile, almost 3,800 refugees arrived at Piraeus Port on Saturday. The Eleftherios Venizelos ferry carried 2,474 refugees from Lesvos, while Nisos Rhodes ferry carried 1,301 refugees from Lesbos, Chios and Samos.