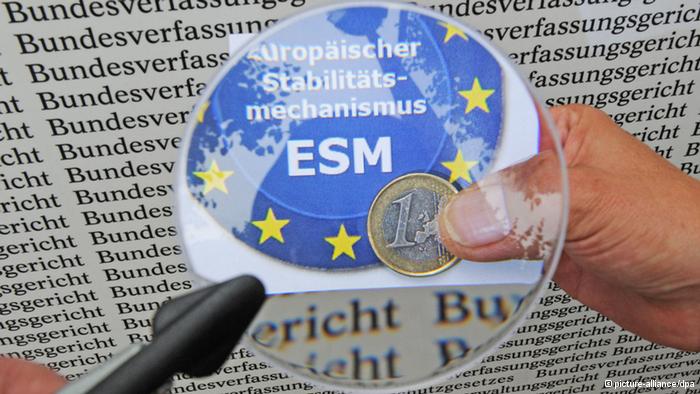 The European Stability Mechanism is examining options to ease Greece’s debt, including linking debt repayments to economic growth, according to a Wall Street Journal report.
The report is based on a ESM document dated August 10, in which the EU bailout fund outlines options to reduce the country’s debt burden.
The document examines three measures: extending the maturity of certain loans, linking fixed debt repayments to Greece’s economic growth and capping or deferring interest payments.
“These measures provide the necessary conditions for bringing debt service back to a sustainable path,” the document says.
According to the WSJ report, the paper was distributed to the institutions overseeing the country’s bailout: the International Monetary Fund, European Central Bank and the European Commission, but not to EU governments.
The paper works under the assumption that Greece’s annual gross financing needs remain below 15 percent of gross domestic product, a threshold the IMF has deemed sustainable. Until now, the key official measure of debt sustainability has been total debt as a proportion of GDP, which the IMF has projected would peak at close to 200 percent.
Since Greece’s lenders have ruled out the possibility of a debt haircut, ESM focuses on options for debt relief through debt re-structuring — pushing debt and interest repayment schedules out into the future. While this wouldn’t reduce the amount of the debt, it would immediately improve Athens’s ability to repay.
According to the document, 2023-2043 would be the most problematic decades for Greece, when gross financing needs could exceed 15 percent. It suggests that during that period, debt repayments could be fixed to a percentage of GDP, so that the country repays more debt if its economy is doing better and less if it isn’t.
The document looks at fixing amortizations—the scheduled repayments of debt—to 1 percent of GDP for 2023-2033 and 1.5 percent from 2034-2044. Any outstanding debt would then be split into equal tranches to be repaid starting in 2044.
It also suggests that an existing deferral to 2022 of the interest Greece has to pay on some of its loans could be partially extended for another 10 years, while interest payments get fixed at 2 percent for the decade of 2023-2033. Any leftover interest would then be paid in equal installments from 2044 on.
Given the assumptions the paper makes on the state of Greek economy, the debt-relief measures it outlines could reduce the net present value of Greece’s debt by 52.5 percent, with 6.1 percent coming from extending maturities.
The paper concludes that debt sustainability depends critically on the willingness of Greek authorities to implement reforms that would help growth and follow a prudent fiscal policy.