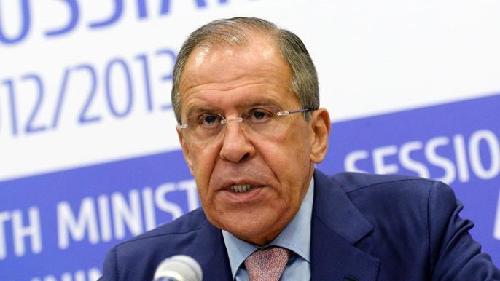 Foreign Minister of Russia Sergey Lavrov stated today that Greek pilots have shown great restraint against the aggressive violations of the Greek national airspace by Turkish aircraft.
“I will repeat what Alexis Tsipras said and I fully endorse it. Greek pilots have shown great restraint against the aggressive violation of the Greek national airspace by aircrafts,” stressed Lavrov.
According to reports, the focus of today’s meeting between Cypriot President Nicos Anastasiades and Mr. Lavrov was Cyprus’s regional and bilateral relations including the economy and energy, as well as EU-Russia relations.
As noted by government sources in Nicosia, Mr. Lavrov has excellent knowledge of the Cypriot issue and is clearly in favor of abolishing the guarantees. The meeting between the two sides was described as excellent.
Mr. Lavrov thanked Nicosia for its statements and general attitude after the Russian SU-24 was shot down by Turkish F-16 aircraft. He also expressed interest in the stabilizing role that Cyprus can play in the region. In this context, as reported by sources, Cyprus’ role in the energy sector was discussed.
The same sources noted that, they also discussed the economic relations between Cyprus and Russia, as well as how products between the two countries can be exported, despite the Turkish embargo.