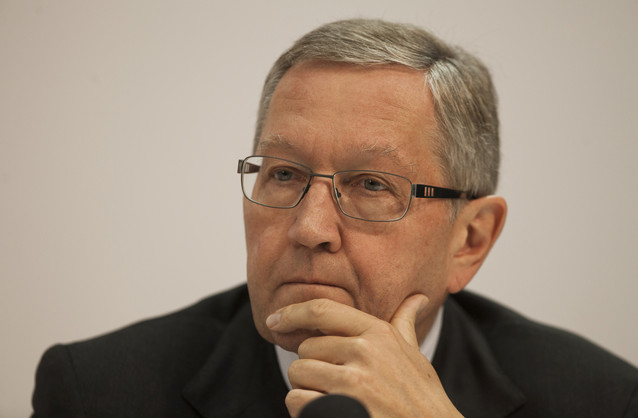 European Stability Mechanism chief Klaus Regling dealt another blow to the Greek government’s hopes for a debt haircut, noting in an interview published on Monday, that a haircut is not feasible.
The ESM released the key points of Regling’s interview with Finnish newspaper Kauppalehti via twitter. Though a haircut seems unlikely, the ESM chief does see room for other types of relief.
“The Greek government now understands a nominal haircut is not feasible and I think it’s not necessary,” one tweet reads. “We have done a lot and can do a bit more on interest deferrals and maturity extensions, but no haircut.”
For Regling the point of debt relief is for the Greek government to service its debt in the medium term and thus demonstrate to interest investors. The institutions will deliberate on debt relief in early 2016, according to Regling, following the first review of the current three year 86 billion euro bailout.
The ESM chief also noted that debt relief could come gradually, tied with conditions that will extend beyond the 2018 expiration date of the current bailout package.
Debt relief for Greece has been a major precondition for the International Monetary Fund to join the ongoing bailout program. Despite the program being in effect for three months already, Regling believes the IMF will officially join since like the European creditors, it wants to help out Greece.