Brussels on Terror Lockdown as Authorities Hunt For Paris Attackers 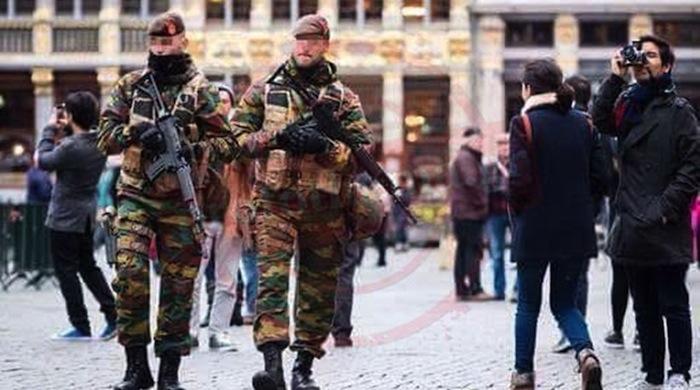 Facing the “imminent threat” of terror attacks, Belgian authorities placed Brussels on lockdown Saturday, shutting its subway system and warning citizens against public gatherings as law enforcement agencies pressed their hunt for the perpetrators of the November 13 Paris massacres.

Belgian Prime Minister Charles Michel warned that “several individuals with arms and explosives could launch an attack” in one or more places in and around the capital. Authorities told VOA’s Jamie Dettmer that Michel’s warning was based on “quite precise information,” including the possibility that chief Paris attack suspect Salah Abdeslam could be planning a suicide attack in the city.

It also followed the discovery of a weapons stash at a Brussels home occupied by a suspect arrested in connection with the Paris attacks.

The U.S. Embassy in Brussels urged Americans to shelter in place and remain at home. “If you must go out, avoid large crowds,” it said in a statement.

Authorities throughout Europe have been working feverishly to track down Abdeslam, who was last seen crossing into Belgium on November 14, a few hours after the Paris attacks that left 130 dead and more than 350 wounded.

The suspected architect of the attacks, Abdelhamid Abaaoud, was killed Wednesday in a police raid in a northern Paris suburb.

Metro trains in Brussels were shut down at least until Sunday afternoon, with residents urged to avoid concerts, shopping areas and transport hubs.
Elsewhere on the continent, French authorities said an estimated 10,000 people marched in the southwestern city of Toulouse to commemorate the victims of the attacks. The largely silent marchers carried banners condemning the attacks and warning against blaming all Muslims for the actions of extremists.

In Rome, hundreds of Muslims gathered at the central Piazza Santi Apostoli, chanting “No to terrorism” and “Not in my name.” About 500 others marched in Milan, with some carrying banners reading “Stop terrorism” and “Terrorism has no religion.”

In a separate development Saturday, authorities in Turkey said they had arrested a Belgian citizen and two Syrians suspected of “aiding and abetting” Islamic State terrorists. The Dogan news agency said the Belgian citizen of Moroccan descent was accused of carrying out reconnaissance for the attack in Paris.

Belgian authorities raided nine homes Thursday in several parts of Brussels, detaining nine people and seizing explosives and weapons. Some of the searches were in the Molenbeek neighborhood where Abdeslam lived along with his brother Ibrahim, who blew himself up outside one of the cafes attacked in Paris.

Some of the raids were connected to Bilal Hadfi, another terrorist who detonated an explosives vest that killed him outside the French stadium that was attacked.
(source: VOA)