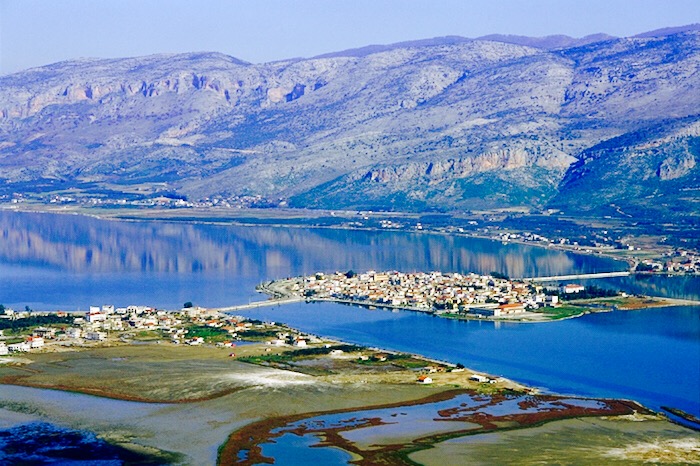 Aitoliko is a small, densely populated island that is located in the middle of a calm lagoon in Western Greece, connected to the mainland by two 30-meter-long stone arch bridges of the 19th century.
The “watery” town of Aitoliko, having a population of around 5,500 inhabitants, is situated southwest of Agrinio, northwest of Messolonghi, west of Nafpaktos and the Rio-Antirrio bridge and southeast of Astakos. Miles of salt flats and pyramids, as well as marshes hosting exotic flamingos compose its striking coastline, offering a unique optical spectacle to its visitors. 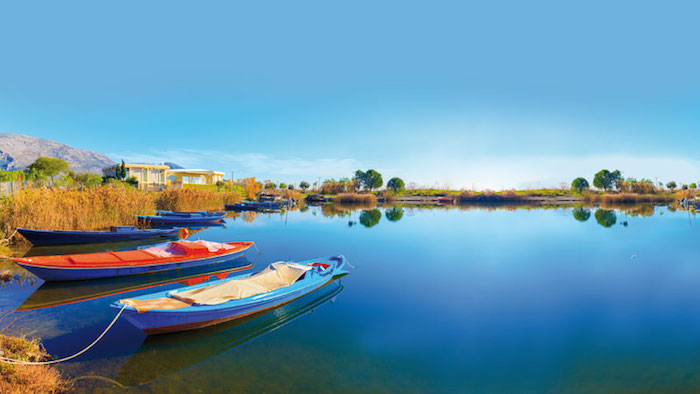 The charming maritime town of Aitoliko, with the narrow and picturesque streets that host houses tastefully decorated with colorful flowers, is extensively mentioned in history books because of the heroic resistance of its inhabitants against the Turks, during the Second Siege of Missolonghi (September 20 – November 30, 1823).
Aitoliko lagoon’s habitat belongs to a precious ecosystem that is spread from the estuary of Evinos river to the estuary of Acheloos river. In this area, visitors can admire more than 250 different species of birds, many of which are quite rare, and endangered. 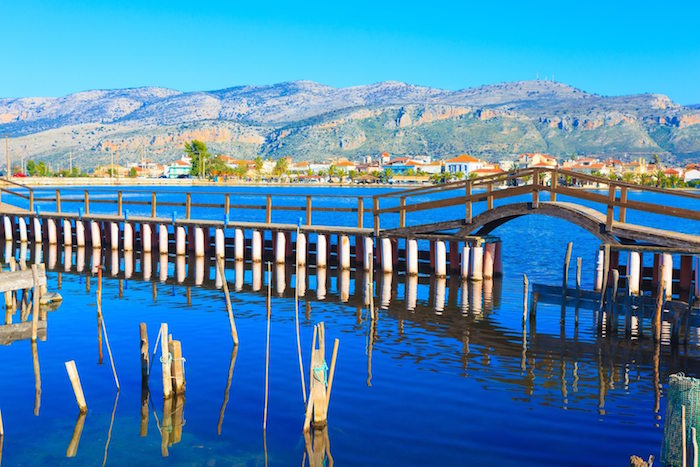 In Aitoliko’s waterside tavernas you can have an unforgettable seafood lunch, trying smoked or salted Avgotaracho, butterflied grilled gray mullet, grilled or baked eel and shellfish, among other local specialities.