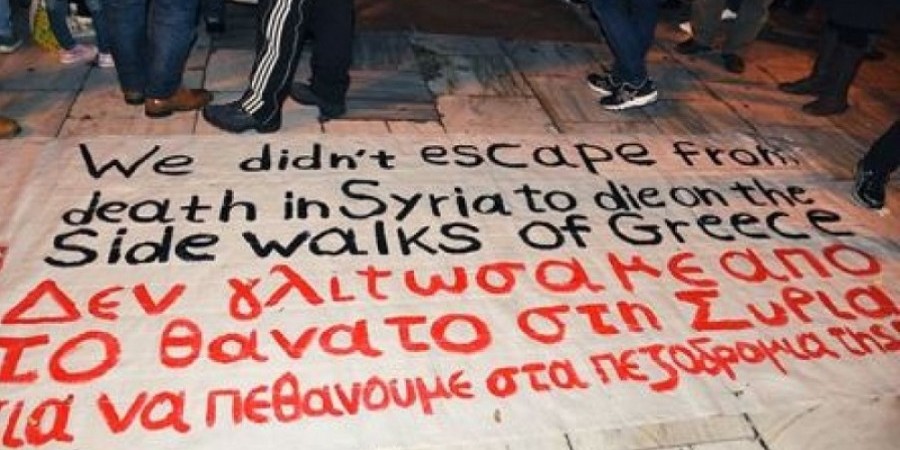 Greece’s highest advisory body on the country’s cultural heritage, took the unprecedented decision on Wednesday to allow the use of the Roman Odeon of Kos as a temporary accommodation area for refugees and migrants, following a request by Doctors Without Borders.
The NGO had requested to be allowed to set up two heated tents, which will provide accommodation for 240 people, as well as 12 chemical toilets. The members of the Council said they took the decision “as an exception and for purely humanitarian reasons.”
“We’re surpassing ourselves. Although it would have been a straightforward decision, we violate what is clearly defined by law … it is an honor for us and the Council,” Dimitris Karidis, professor of architecture at the National Technical University (NTUA) and member of CAC’s board said after the meeting.
“Civilization is not the monuments; it’s essentially the people,” said Nikolaos Stambolidis, professor of Classical Archaeology at the University of Crete, noting that his parents were also refugees.
Commenting on the Council’s decision, Apostolos Veizis, program director of Doctors Without Borders, said: “Every day, 300 people arrive on the island, most of whom stay for three days. There is need for the State to intervene immediately for housing, hygiene, food, and medical care … People are still sleeping outside and winter is approaching. Something must be done.”
The Roman Odeon, which was initially roofed, was built between the first and second century AD to host music competitions, and seated approximately 750 persons. It is designated as an absolute protected zone, granted to areas of particular archaeological significance.
(Source: ANA-MPA)