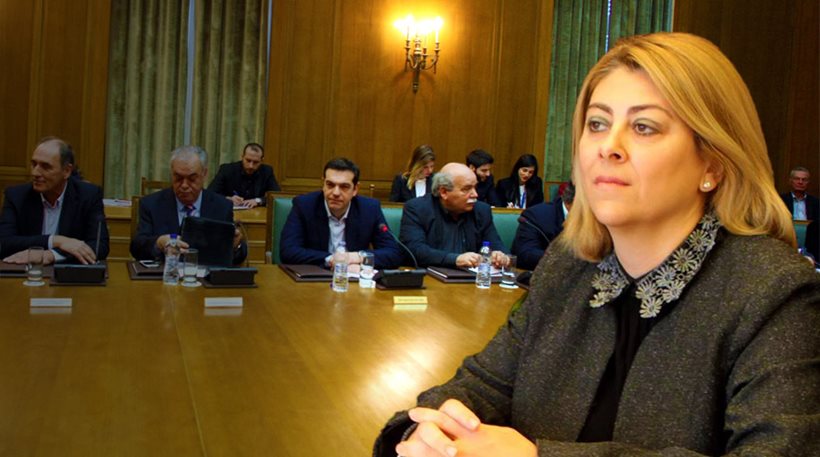 General Secretary for Public Revenue Katerina Savvaidou is terminated from her duties after a unanimous decision of the Greek cabinet on allegations of breach of duty.
Savvaidou had denied any wrongdoing and she was refusing to resign after the insistence of Finance Minister Euclid Tsakalotos. She was charged by a Greek prosecutor with breach of duty for extending tax collection by about a year on revenues for television advertising.
Savvaidou said that the reports were groundless and there had been no issue of legality that would warrant her resignation.
Government spokesperson Olga Gerovasili said, “The cabinet unanimously accepted the proposal of the Finance Minister to dismiss from office the General Secretary for Public Revenue, Mrs. Savvaidou.”
“As we all understand, in times that are difficult for Greek society, for the Greek people, we cannot accept from public officials to operate against the public interest, to favor specific businesses, which benefited in the past from previous governments… In this country there are laws, and laws will be applied.”
When asked whether the firing of Savvaidou would create a gap in Greece’s reform program, Gerovasili said, “All issues will be resolved the way they should, as provided by law.”
To a question on whether creditors would agree with the termination of Savvaidou during the implementation of the reforms program, the spokeswoman said, “We are a sovereign state, it should not be forgotten, and that was the unanimous cabinet decision after the recommendation of the finance minister.”
According to a Kathimerini daily report citing a European Union Official, the charges against Savvaidou do not justify her layoff and they suspect political motives behind the Greek government’s action.