GRNews
GreekReporter.comGreeceGreek PM: Big Tax Evasion Cases Will Not Be Dismissed this Year

Greek PM: Big Tax Evasion Cases Will Not Be Dismissed this Year 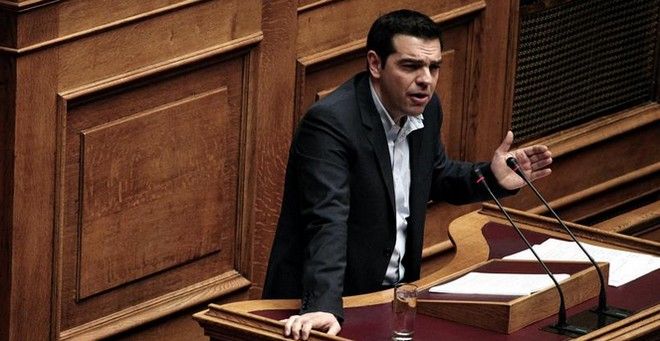 Greek Prime Minister Alexis Tsipras addressed the Greek Parliament on Friday a few hours before 300 Greek MPs decide whether or not they will legislate the bailout prior actions. Prior actions legislation will ensure the disbursement of 2 billion euros in bailout funds to Greece.
Tsipras noted that the Greek government is tabling a modification, whereby investigations into big tax evasion cases, that were set to be dismissed by the end of this year, could be extended by another year.
“If some people thought that because time is almost up they will evade tax control in big tax cases, or in cases of notorious lists, they are mistaken,” he said.
The head of state further claimed that on Monday the Greek government will be tabling the new law that centres on how operation licenses are issued to Greek television networks.
In alternate news on the refugee crisis front, Tsipras believes Thursday’s European Union Summit on the refugee crisis was a positive development but that the EU is reacting too slowly to the refugee crisis. Although, he has repeatedly expressed he is open to EU cooperation with Turkey to manage the refugee crisis, he conveyed to his European counterparts that Greece is not open to joint sea patrols with Turkey.
The SYRIZA leader also came the aid of his two ministers, Economy Minister Giorgos Stathakis and State Minister Alekos Flambouraris who are currently being investigated for showing income reports to the parliamentary Audit Committee for Declaration of Assets. The prime minister noted that there is nothing corrupt to be found in either of these two cases.
Stathakis claimed he did not declare one million euros during his 2012 report to the Audit Committee, but did report it in subsequent years. Flampouraris said that prior to his election as an MP in January 2015 he owned shares in a company. As a result he declared the shares in 2014 and in his 2015 report he will declare the sale of the shares.