Members of POSPERT Arrested and Released 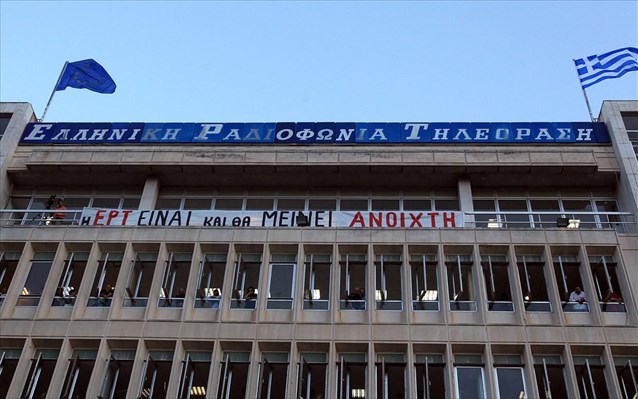 Members of the administration of the Panhellenic Federation of Radio and Television Operations Staff (POSPERT) were detained and then arrested on Wednesday. Specifically, POSPERT’s President Panagiotis Kalfagiannis and General Secretary Dimitris Kounis were arrested and then released on Wednesday afternoon.
Those charged are being accused for illegally broadcasting ERTOPEN, a radio station that was established by Hellenic Broadcasting Company (ERT) employees after the Greek government shut down ERT in June 2013. Current Greek Prime Minister Alexis Tsipras re-opened ERT in June 2015.
Popular Unity President Panagiotis Lafazanis criticized the arrest.
“ERTOPEN has been function for two and half years as an autonomous radio station of ERT’s employees, since ERT was shut down. Almost all of the county’s political personalities have spoken at ERTOPEN’s free microphone. Until now, no one has considered engaging in autocratic moves that threaten a democratic anti-memorandum voice with shutdown. The government is liable and responsible,” Lafazanis said.
Former President of the Greek Parliament Zoi Konstantopoulou and Popular Unity MP candidate in this past Sunday’s Greek elections also spoke out against the arrest.
“I found out that POSPERT’S administration was arrested, I imagine, to be punished for the consecration crime to inform all this time and to rebroadcast all the information about the true work of this committee,” she said during Committee of Truth for the Public Debt.