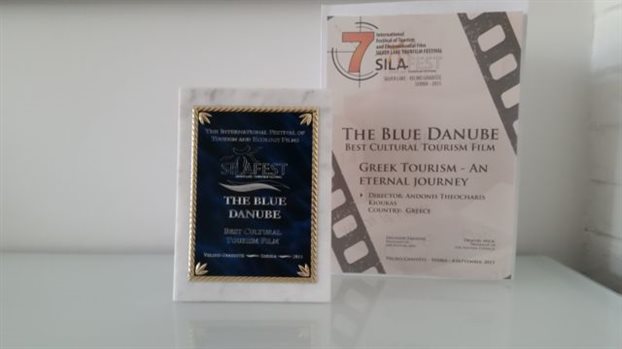 The film ‘Greek Tourism an Eternal Journey’ has won three awards in three international tourist festivals, organized different cities around the world by the International Committee of Tourism Film Festivals (CIFFT).
The Greek video, produced by the Greek National Tourism Organization (EOT) and director Andonis Theocharis Kioukas, was submitted to the International Festival of Tourist and Ecological Film in Veliko Gradište, Serbia, where it won the Blue Danube award for best cultural tourism film.
It also received the first prize in the Country category at the international tourism exhibition ITB in Berlin and the International Film and Video Festival in the United States.
The CIFFT, based in Vienna, Austria, was founded in 1989 and it operates under the World Tourism Organization. Film submissions are assessed individually committees at every competitive festival and sometimes by the public, depending on the terms of each event.
The film that shows the highest rating, based on the awards it received during the competitions, will be awarded the CIFFT Grand Prix, during an event that takes place in Vienna.