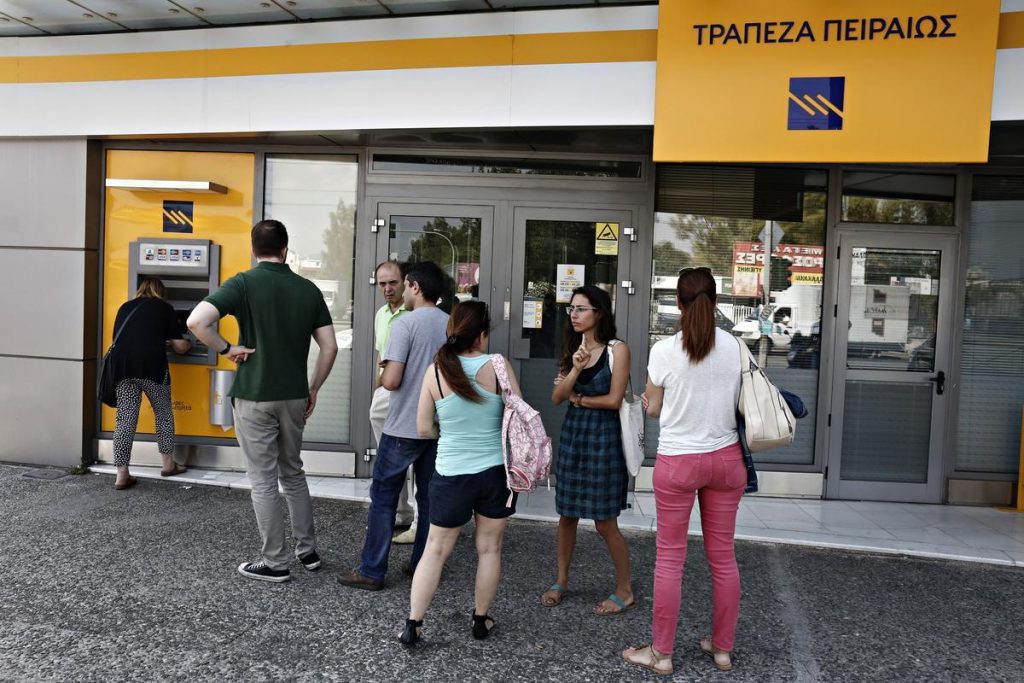 “Bad loans haunt Greek Banks Seeking New Start” is the title of a Reuters report regarding the plight of the banking sector in Greece’s economic crisis.
After 40 billion euros of deposit outflows and three weeks of closed doors and capital controls since June, Greek banks are badly wounded. Thereby, they are fearful of being exposed to new loans borrowers may not be able to repay.
This fear of a rise in non-performing loans (NPLs) is a deterrent not only to the banks, but also to potential investors whose money is needed to recapitalize them, the report says.
Athens expects gross domestic product to shrink 2.3 percent this year and another 1.3 percent in 2016 before the economy bounces back.
The new bailout deal Athens has signed includes a recapitalization of Greek banks. However, some of the sector’s top executives, as well as international investors, suggest this will not be sufficient on its own to kick-start lending.
“The economy’s return to growth and its funding from the banking system will be affected by a number of factors, including political stability, the implementation of bailout reforms, a successful conclusion of the first review in October and the completion of banks’ recapitalization with private investor participation,” Fokion Karavias, Chief Executive of Eurobank, told Reuters.
The third bailout allocates up to 25 billion euros for bank recapitalization, although bank insiders say the figure is more likely to be in the 10 billion to 15 billion euro range.
Bank executives told Reuters that there is likely to be little difference in the health of the four top lenders – National Bank of Greece, Alpha Bank, Eurobank and Piraeus Bank – although National Bank is seen as somewhat stronger because it has assets in the Balkans and Turkey.
But convincing private investors to put their money into the banks will be a major test of confidence, says Reuters. The more private investor money that can be raised, the less bailout money will be needed.
The real plight of Greek banks is bad loans. It is estimated they have more than 100 billion euros of exposure to such bad loans in the first quarter of 2015, some 40.8 percent of their loan books.
One option raised has been to set up a “bad bank” to absorb all bad loans, to give the banks a clean sheet. While this puts more taxpayer money at risk it may be Greece’s best option to attract international investors, and get banks lending again.
Another solution to the bad loan problem proposed privately by Greek bank executives is the sale of contingent convertible debt (CoCos) as part of the recapitalization, Reuters says. These bonds convert to equity and act as a cushion if a bank’s capital falls below a set level. Investors are paid higher rates for the risk.
A solution is needed urgently, because if the bank recapitalization is not completed by the end of the year, then the European Union’s Bank Recovery and Resolution Directive becomes enforceable. This could mean losses for unsecured depositors with more than 100,000 euros in their accounts.
If the new government that would come out of the September 20 elections implement the reforms required by the bailout program, the European Central Bank could start buying Greek bonds, lowering the financing costs of its banks and making deposit “haircuts” less likely.
“The single largest difference between Greece’s banking system and those of other European countries is the political and economic uncertainty, which makes a huge difference in the way you can price things,” said Brad Palmer, executive vice president at Sankaty Advisors LLC, which invests in bad loans.