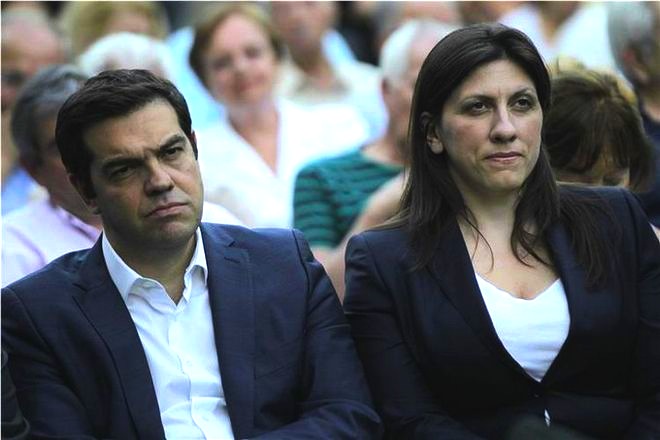 Greek Parliament President Zoi Konstantopoulou has been described as “pathetic and provocative” and the government spokeswoman on Friday, said that the government is in no position to make these criticizing statements.
“It’s pathetic and provocative for the recently-resigned government which passed four emergency austerity draft bills to talk of ‘ridiculing the institutions, contempt for democracy and the Constitution’,” the head of the Greek parliament said in a statement issued earlier by her office.
New Democracy accused Konstantopoulou of “cooperating” with main opposition leader Vangelis Meimarakis “in his attack against the Greek President, the prime minister and democratic order” by meeting with him and requesting for the procedure to be respected.
“If an answer is deserved, then it is that it’s one thing to ‘cooperate’ and another to have an institutional understanding between the 3rd-in-line political figure and the 4th-in-line political figure,” the statement continued, adding that the government cooperated with three pro-memorandum parties and attempted a “parliamentary coup” week ago by sidelining the president of the parliament.
(source: ana-mpa)