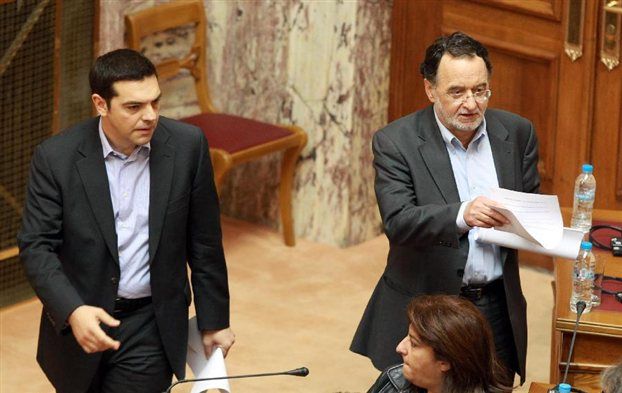 Europeans have offered a mixed reaction to Greek Prime Minister Alexis Tsipras‘ resignation and call for new elections. Some analysts and politicians are cautiously upbeat, but many investors are wary about the possible fallout.
After weeks of turmoil, Greeks awoke to more uncertainty on Friday, with Tsipras’ call for snap elections. How the political landscape will shake out is still unclear, but dissident members of his Syriza party have already formed a breakaway movement.
Elsewhere in Europe, reaction has been guarded. Jeroen Dijsselbloem, who heads the group of eurozone finance ministers, said he hoped the vote will be held as early as possible so Greece wastes no time in implementing a third bailout package.
Other observers suggest Tsipras’ move could hurt Greece, and investors are worried about the uncertainty.
Tsipras says he hopes new elections will give him a stronger majority with which to govern. Christian Odendahl, the chief economist with the London-based Center for European Reform, says he thinks it is a gamble that will pay off.
“He’s still the most popular politician in Greece, and elections are fundamentally also about alternatives – and the other parties do not offer alternatives. So even though the Greek voters are surely frustrated with the situation, both politically and economically, Tsipras will remain their first choice,” Odendahl says.
Zsolt Darvas, senior fellow at the Brussels-based economic research organization Bruegel, agrees, saying he believes the vote will likely be a positive move for Greece.
“I think it will certainly strengthen, or certainly make more stable, the political situation within the country and give a mandate for the new government to implement the program which has been agreed,” Darvas says.
Tsipras’ announcement came a day after Germany’s parliament approved tough bailout conditions for Greece. He has called for snap elections to be held September 20.
(source: VOA)

Cambodia Claims Stolen Artifacts Are at the Met Museum