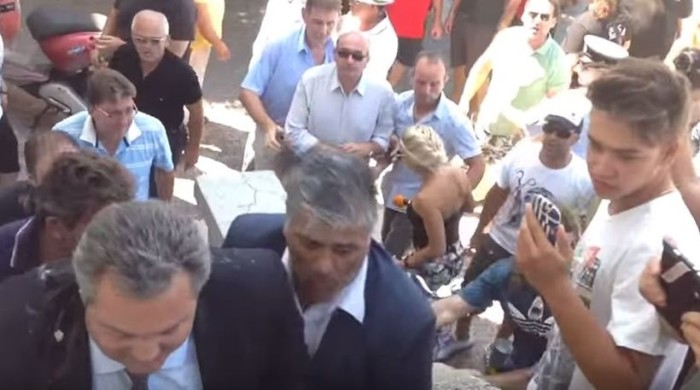 Residents on the Greek island of Kos cannot bear the situation any longer. Over the last month, thousands of undocumented migrants and refugees have arrived on the island, however there is no place where they can be accommodated.
The crowd expressed its frustration today, August 21, when Greek Defense Minister Panos Kammenos arrived on the island and was greeted with insults, rude gestures and… eggs.
Upon his arrival on the island of Kos Panos Kammenos had to be quickly taken away from the crowd of residents who appeared enraged by his visit. The frustrated Kos residents showed their indignation by throwing eggs and bottles at the minister, while shouting insults, telling him that he’s a charlatan and that he should leave the island.
Panos Kammenos rushed to escape the crowd that appear on every street and alley to express their anger. Greek police rushed to the scene, however that only made the residents angrier. In the end the policemen had to stand back discreetly.