GRNews
GreekReporter.comGreek NewsEconomyDo Greeks Really Like to Say 'No' to Everything?

Do Greeks Really Like to Say 'No' to Everything? 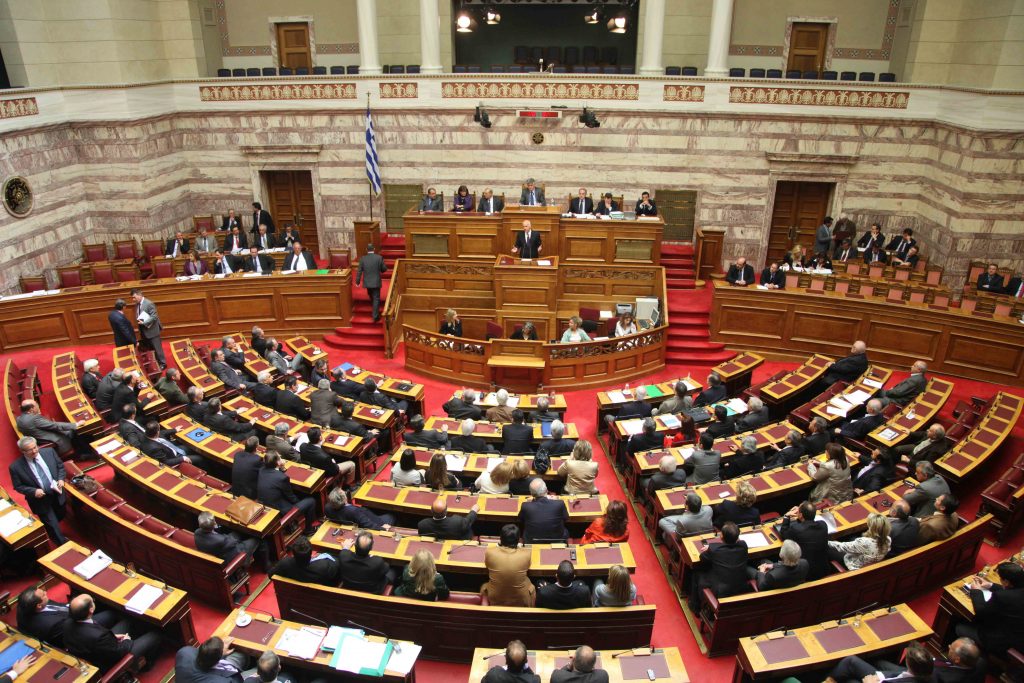 As Greece’s brilliant 300 lawmakers cross swords –and humongous lies– in parliament over the voting of the new bailout agreement draft, Greek media try to outdo one another in telling Greek people how terrible and destructive the new required measures and reforms are.
If we, the Greek people, believe that all these austerity measures and reforms those horrible Europeans try to impose on us are really that bad, then a philosophical question arises: If we consider all these changes abominable, does that mean that we must stay exactly as we are now? In other words, do we really believe that everything in Greece is fine and no change is needed? Is everything working nicely and smoothly, and those bad Europeans try to force evil changes on wonderful and perfectly functioning Greece?
Ever since the reforms required for the country’s third bailout were made public, the arguments of everyday people all of a sudden became surreal: Do we have to buy bread from butcher shops? Do we have to buy books from grocery stores? Do we have to buy our medication from super markets? Do we have to pay VAT to send our children to private schools? Do we have to pay more if we sit at the taverna than if we take our food to go? Why do shops have the right to have sales whenever they want? Do we really have to work until we are 67? What are we, Europeans?
Of course, no one states the obvious: That I can still buy my books from my favorite bookstore, or my medicine from the local, friendly pharmacist I know by name. And if I have a choice between the frozen-dough super market bread, I can always buy it fresh from the neighborhood bakery. One does not preclude the other.
Yet, Greek media released reporters on the streets asking people to comment on the new measures, all of them trying to lead respondents into saying how illogical the measures are. The responses were as expected: Yes, the measures are bad and ridiculous. Let’s leave everything as it is. We’re used to the way things are.
Are we really compulsive naysayers? As a nation that has often been attacked, and having lived for 400 hundred years under Ottoman rule, our first reaction is to be suspicious of things foreign, or unfamiliar. Our history has several brave men who said “no” to foreign powers, from Leonidas to Themistocles and from Kolokotronis to Metaxas. We like to say “no” because it makes us feel defiant, brave, honest, patriotic, idealistic.
However, most of the time the “nos” we say come instinctively, impulsively, without thinking a little deeper. For instance, people who are ideologically against private education, now complain that a 23% VAT is implemented on private schools. People who like to shop on Sundays because this is the only day they have free time, disagree with retail stores opening on Sunday. Others who grumble because pharmacies are closed on Saturdays, are against the idea of drugs sold in super markets. People who complain that regional airports are full of lazy, unhelpful public employees, are against their privatization. The examples are countless.
Greek politics is based on “no.” Greek politics is essentially being the opposition and saying “no” to the ruling party. Until the “nos” are so convincing that voters shift and bring the opposition to power. But when the opposition becomes government, they say “yes” to the things they were opposed to when on the other side of the podium. We saw the brave “no” Alexis Tsipras said to the proposed bailout deal and the shameful “yes” he uttered about a week later. It was when he faced the reality that in the foreseeable future, Greece can only survive on borrowed cash.
Indeed, many of the measures creditors ask for are harsh, some seem illogical even. Overall though, Greece needs many reforms yesterday. Bureaucracy must go. Tax evasion should be harshly punished and disappear. Clientelism and corruption should be eliminated. The public sector must be efficient and productive, not a pool of potential voters. These are the things we really need to say “no” to.
And it’s about time this country starts producing wealth instead of meaningless, unconvincing “nos.”