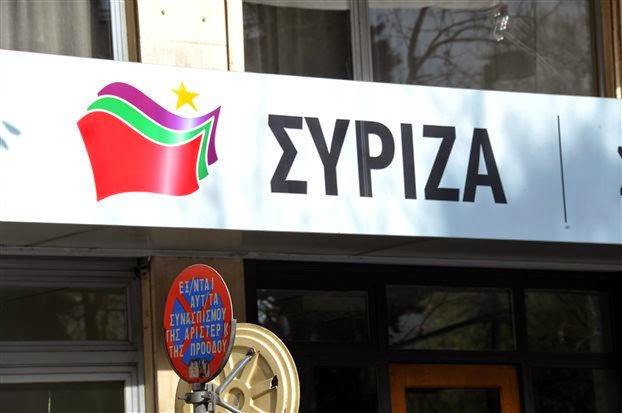 Tasos Koronakis, Secretary of the Political Commitee of SYRIZA, joined the group of dissidents in the Greek government who oppose the new bailout deal Pime Minister Alexis Tsipras has signed.
The meeting of the SYRIZA Political Secretariat that took place at the party offices in Koumoundourou Square showed that dissidents within the party approach the number of 30. Finance Minister Euclid Tsakalotos briefed the committee on the weekend’s Eurogroup and Eurozone summit. Tsakalotos explained that the deal was necessary because the country is on the brink of bankruptcy.
However, the Political Secretariat was not convinced to support the deal and vote in favor of the new bailout program in tomorrow’s parliament plenary. Koronakis stated: “I will not allow SYRIZA to turn into a party that signs (austerity) memoranda.” He also said that he is against disciplinary actions for those who will not vote in favor of the deal.
The line of the secretariat is that there should be no expulsion of dissidents. After the meeting Koronakis went to the Maximos Mansion to brief the prime minister on the decision taken at the meeting.
Tsipras has decided that the government reshuffle and differences within the party can wait until after Wednesday’s crucial vote in parliament. This is why the SYRIZA Central Committee meeting that was scheduled is cancelled.
The important thing for Tsipras now is that all required prior actions pass through the House. He knows that he has the vote of New Democracy, PASOK and To Potami, the three pro-Europe parties along with at least 120 votes from SYRIZA and junior coalition partner ANEL.
The Greek prime minister has to persuade his major opponent, House Speaker Zoe Konstantopoulou, to introduce the bills in parliament, He also has to minimize losses within his party, as another SYRIZA MP, Dimitris Kodelas, announced that he will vote against the bills and then resign.
SYRIZA’s left platform, led by extremist Energy Minister Panagiotis Lafazanis, will convene at an Athens hotel at 7:00 pm on Tuesday to decide what line to follow after Wednesday’s vote. What is certain is that they will vote against the bills.