Greek Minister Lafazanis: 'We Want an Agreement that Will Respect People's Dignity' 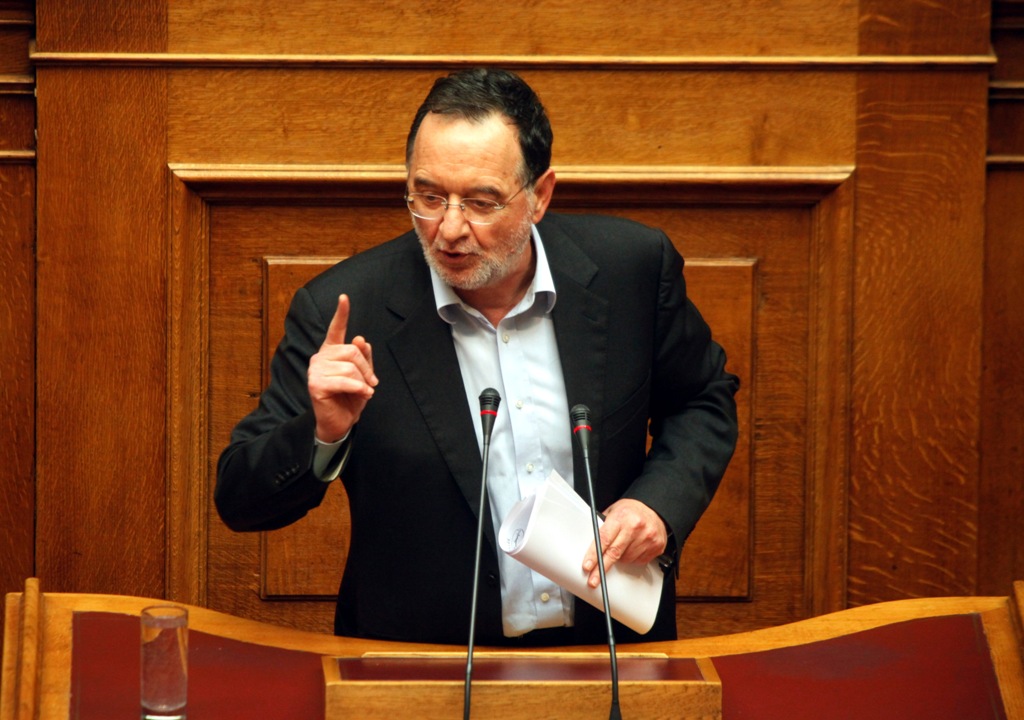 “Greece seeks to reach an agreement with the institutions immediately, but we want an agreement that will respect the country and the people’s dignity, and that will open windows for a way out of the crisis. We do not want to add a third Memorandum of harsh austerity, suffering and deprivation to the two previous ones without offering a prospect to the country,” Productive Reconstruction, Energy and Environment Minister Panagiotis Lafazanis said in his address to a congress for energy on Thursday.
“Greek people’s ‘No’ will not turn into a humiliating ‘Yes’ to new Memorandum crematoriums,” stressed Lafazanis, adding: “We know that at this point all choices are difficult. The worst, the most humiliating and unbearable is an agreement of surrender, looting and subordination of the people and the country. This choice is something we will never do, not just because it will bring more suffering to the Greek people but because it is a choice without tomorrow and perspective.”
The Greek Minister also said that no nation in a period of peace has gone through so many ordeals or was the recipient of so many blackmails and ultimatums from its so-called partners as Greece has in the past five years.
(Source: ANA-MPA)