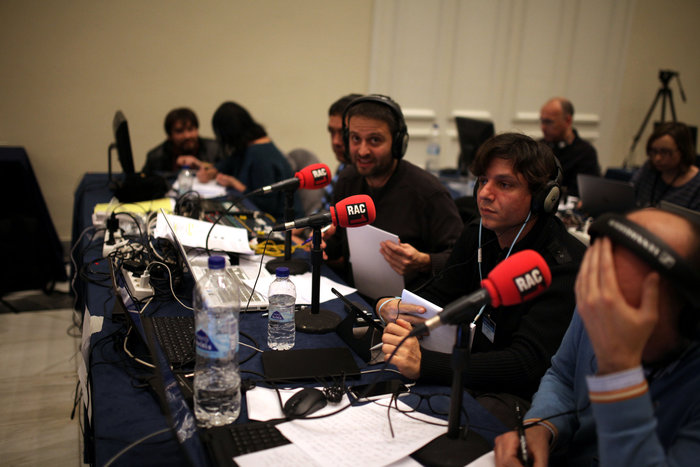 Greece is under the spotlight, receiving global interest in light of tomorrow’s referendum. As expected tomorrow’s vote will be covered by hundreds of foreign news agencies.
Foreign journalists flooded the Greek capital, most of them currently located in facilities set up at Zappeion, where they will be able to get informed about the referendum developments at all times.
According to the General Secretariat, 700 journalists have been accredited so far, among them representatives of international media from China, Brazil, Iran and Mexico, 21 international agencies, 81 TV stations, 58 newspapers and 17 radio stations.
The General Secretariat has created a website where people can watch the continuous flow of information regarding the referendum process and official statements. The site also includes some historical data about the referendum institution in Greece and other European countries.
State Minister Nikos Pappas visited the Zappeion facilities, along with the General Secretary of Information, Lefteris Kretsos. Pappas made the following statement: “These facilities are a way for the Greek government to stress that it is available to the media to allow them to do their job. I would like to thank the employees and the Secretary General of Information and Communication who have made great efforts over the last days. I would like to stress the media’s importance in informing citizens on time and their contribution to the smooth conduct of the referendum process.”

On a day like this on February 28 1943, Athens was mourning one of the nation's greatest poets: Kostis Palamas had died the day before.
Greek News

Transmission of Covid-19 has skyrocketed in Greece once again, as the country recorded a stunning 2,147 cases on Tuesday.
Art