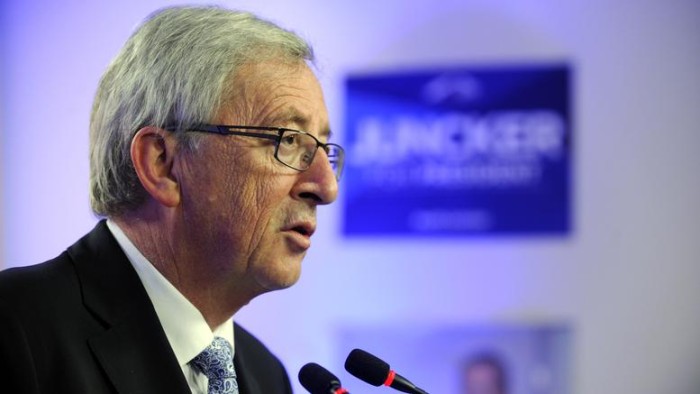 Financial Times journalist Peter Spiegel hastened to comment on the press conference Jean-Claude Juncker gave Monday saying that it is not true what the European Commission President said about pension cuts in Greece.
Through his personal Twitter account, Spiegel accuses Juncker of lying during the press conference as he stressed that the Institutions have not sought wage and pension cuts by the Greek government.
Peter Spiegel refers in one of his comments: “No pension cuts in the package of proposals says European Commission President Juncker. Sorry, this is simply not true.”
In another comment the journalist reveals: “Ouch. Tough tone continues: “Egotism, tactical games, populist games took precedent,” says Jean- Claude Juncker of Tsipras’ referendum.”
And the reporter of Financial Times continues: “This is a very, very bitter address by Juncker. Taking Alexis Tsipras head on and making it personal. Not sure it will go over well in Greece.”
Peter Spiegel also reports that the European Commission chairman urges the Greek people to vote “YES” in the upcoming referendum, saying that Jean-Claude Juncker essentially raises a dilemma for a stay or not in the euro.
“This is meat of European Commission President’s message: A “yes” vote in referendum is a signal Greece wants to stay in the euro. He’s making it vote on euro membership,” the American journalist comments.