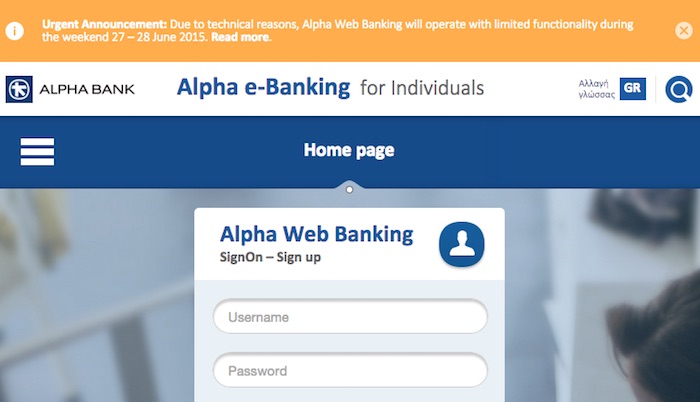 Alpha Web Banking will operate with limited functionality during the weekend 27 – 28 June 2015. This is the announcement of the Greek bank, that came interestingly on the same day that Greek Prime Minister Alexis Tipras called for a referendum to resolve a deadlock in negotiations with Greece’s creditors for a bailout agreement.
Amidst fears of capital controls being implemented in Greece as soon as Monday the bank noted that the limitation of transfers and other limitations in its e-banking system are solely related to a technical problem.
Here is the announcement:
As of Saturday 27/6/2015 11:30 a.m. until Monday 29/6/2015 8:00 a.m. Alpha Web Banking service will be available for: