Creditors Give Greece Ultimatum and Deadline, All Outcomes Possible 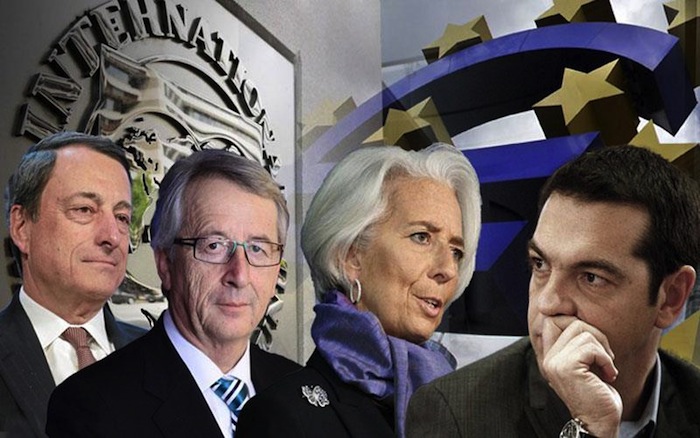 Greece is facing an ultimatum by creditors and Prime Minister Alexis Tsipras is racing with time as a Eurogroup session is scheduled at 2:00 pm and the two negotiating teams must have reached a staff level agreement by then.
Wednesday evening’s Eurogroup brought no results, with creditors’ demands considered too harsh by the Greek side. Tsipras’ two-hour meeting with the heads of the Troika of creditors proved to be fruitless. Creditors asked for higher VAT rates, pension cuts, defense cuts and abolition of early retirement, all rejected by the Greek government.
Greece’s technical team started another round of talks with creditors at 6:00 am (Brussels time), while at 9:00 am the Greek Prime Minister went to a meeting with European Commission President Jean-Claude Juncker, European Central Bank (ECB) President Mario Draghi, International Monetary Fund (IMF) Managing Director Christine Lagarde, Eurogroup President Jeroen Dijsselbloem and European Stability Mechanism Managing Director Klaus Regling.
Greece’s countdown starts today (Thursday) with the first priority being a staff level agreement and a list of prior actions. Then, at 2:00 pm there is a new Eurogroup, while in the evening a crucial Euro Summit will determine if Greece is given a deal.
On Friday, June 26, the ECB agrees on the issuing of Greek Treasury bills. By Monday, June 29, the deal must pass the Greek Parliament with an emergency vote. On June 30, Greece makes the 1.6-billion-euro repayment due to the IMF and European parliaments approve the extension of the bailout program.