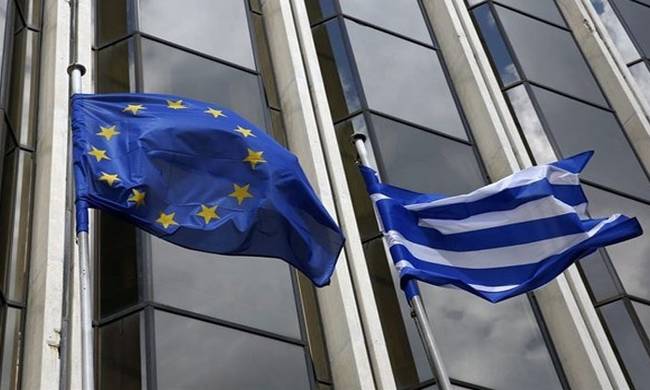 The prospect of an agreement continues to test SYRIZA’s strength, while talks are being held under stressful conditions. The catalytic role in bridging the gap and reaching an agreement will be played by German Chancellor Angela Merkel and Greek Prime Minister Alexis Tsipras.
Meanwhile, the European leaders spoke about a strong but not sufficient step forward, noting that the new Greek proposal is a good basis for discussion, even though they stressed the need for more work to reach an agreement. “The agreement must first be accepted in the Greek Parliament,” noted Angela Merkel. As a result, the Eurozone finance ministers have urgently convened an evening meeting on Wednesday, June 24, to discuss the Greek issue.
Foreign media are presenting yesterday’s developments in a positive light. Telegraph noted that the Greek banking system remained alive for one more day, offering timid hopes that the country will avoid bankruptcy. The article stressed that the negotiations would continue on Wednesday, noting that both Angela Merkel and European Commission President Jean-Paul Juncker refused to put on the table the possibility of debt relief.
Furthermore, the British the Guardian noted that “hopes of a deal that would spare Greece from a looming debt default and possible exit from the single currency rose sharply on Monday after the country’s European partners welcomed proposals from Athens to cut its pension bill and raise extra money from VAT. In what was seen in Brussels as the most positive development since negotiations began five months ago, the leftwing government of prime minister Alexis Tsipras showed a willingness to give ground on the two issues that have left it at odds with its creditors.”
The newspaper also stressed that the next meeting would be held among the Eurozone finance ministers on Wednesday, and it may lead to an agreement.
The Financial Times also appear optimistic in regards to the possibility of an agreement. “The Greek government’s economic reform proposals came too late, and lacked sufficient detail, to allow a definitive agreement at an emergency summit of eurozone leaders on Monday evening. But the leaders welcomed them as the basis for more talks this week on a deal to unlock €7.2bn in bailout cash,” noted the article.