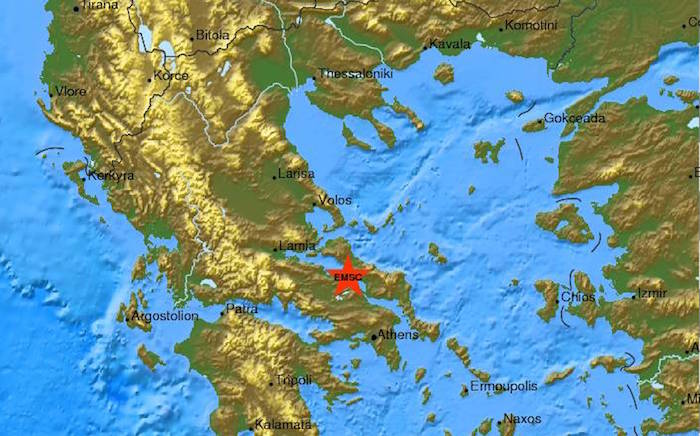 An earthquake with magnitude 5.2 occurred near Athens, Greece at 01:09:02.90 UTC on Jun 9, 2015. There have been no immediate reports of damage or injuries.
According to the Geodynamic Institute in Athens, the quake occurred early Tuesday morning in the Gulf of Northern Evia, about 80 kilometers (50 miles) north of Athens. Its epicentre was located 5 km deep near the city of Chalkida on Evia island. There have already been reported two smaller scale aftershocks.
“It was certainly felt, but so far we have not received any calls for assistance,” a Greek fire brigade official in Athens said.
Earthquakes are common in Greece and have historically caused widespread damage across central and southern Greece, Cyprus, Sicily and other neighboring regions. Last year, a series of strong earthquakes on the island of Kefalonia damaged hundreds of homes and injured more than a dozen people.