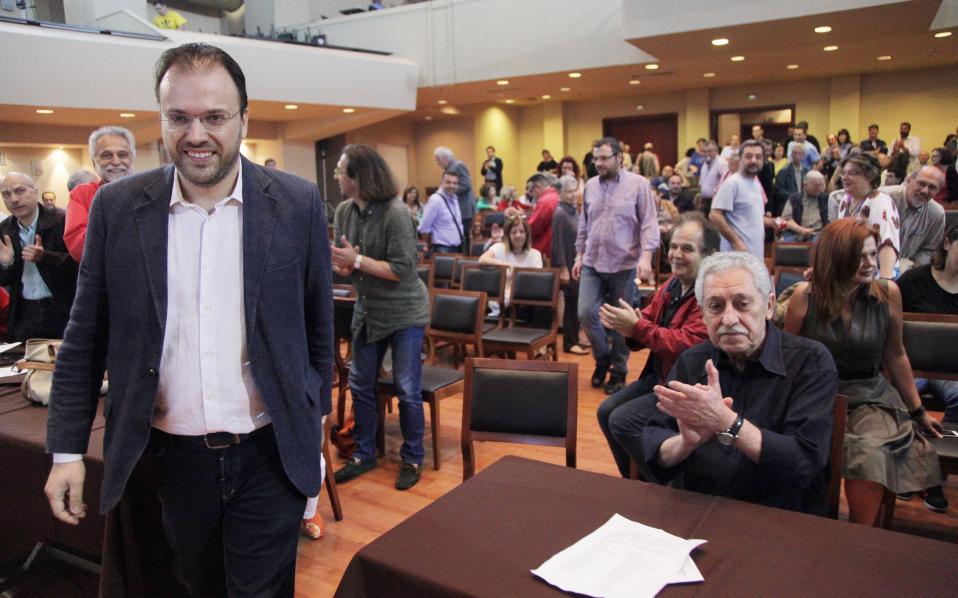 Democratic Left (DIMAR), a small center-left Greek political party, has elected a new leader, 36-year-old Thanasis Theocharopoulos, who will replace Fotis Kouvelis.
DIMAR participated in the previous Greek coalition government, along with New Democracy and PASOK, between June 2012 and June 2013. However, the party was not elected into the Greek Parliament in the January election since it only managed to gather 0.50% of the votes.
Theocharopoulos is a Greek economist who has previously served as DIMAR’s central committee secretary. After his election, he received a congratulatory phone call from New Democracy leader Antonis Samaras.
DIMAR was founded on June 27, 2010, mostly by politicians who had exited Synaspismos (a component of SYRIZA). Some of the MPs involved were Fotis Kouvelis, Thanasis Leventis, Nikos Tsoukalis and Grigoris Psarianos. They were joined by more than 550 individuals. At a subsequent national conference of the Renewal Wing, 170 members were elected to the new party’s national policy committee.