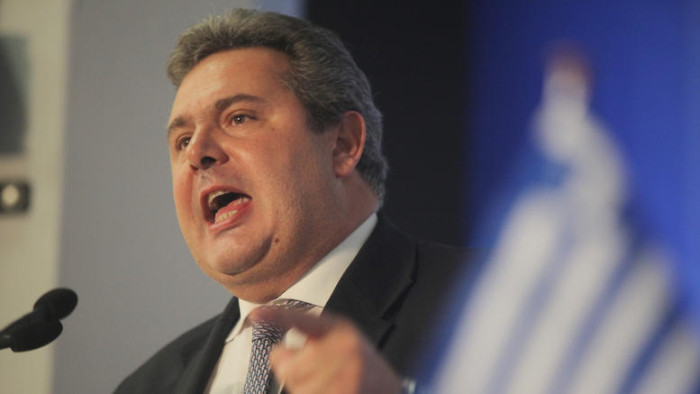 Greek Defense Minister Panos Kammenos said that the United States attempted to encourage Greece to support a new round of Russian sanctions but Athens still enjoys sharing religious and economic bonds with its “friend” and “ally,” Moscow.
After his meeting with US Under Secretary of Defense for Policy (USDP) Christine Wormuth on Wednesday, Kammenos told reporters: “I was asked to extend the sanctions, particularly in connection with Crimea. I explained [to Wormuth] that the Ukrainian issue was very sensitive for Greece as some 300,000 Greeks live in Mariupol and its neighborhood, and these people feel safe near the [Russian] Orthodox Church.” He, also, added that Greece has already lost more than €4 billion due to the Russian sanctions.
Greece’s Defense Minister has often stated in the near past that his country continues to preserve strong ties with Russia, mainly in the sector of defense contacts. In April, Kammenos revealed to Russian news agency Sputnik that Greece plans to continue military-technical collaboration with Russia while he shared Greece’s desire to settle new agreements, if the EU sanctions against Russia end soon.