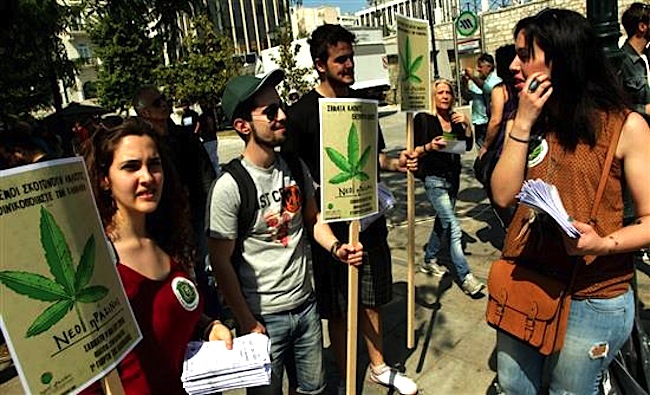 The first cannabis festival in Greece is taking place today at Syntagma Square in Athens with the participation of the organized SYRIZA youth and the human rights department of the party. 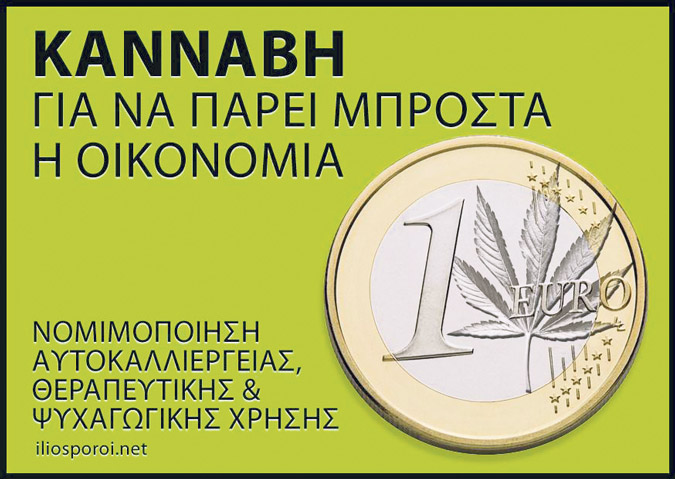 The advocates of legalization of cannabis who have organized the festival call it Athens Cannabis Protestival and they ask for legalization of cannabis and soft drugs and the decriminalization of users.
The festival organizers say that such an act would benefit the Greek economy. It would bring sizeable revenues to the state through a state-run cannabis production industry that would also create 40,000 employment positions. Such a prospect would bring 2.5 billion euros a year and help the Greek economy come out of the slump, they say. 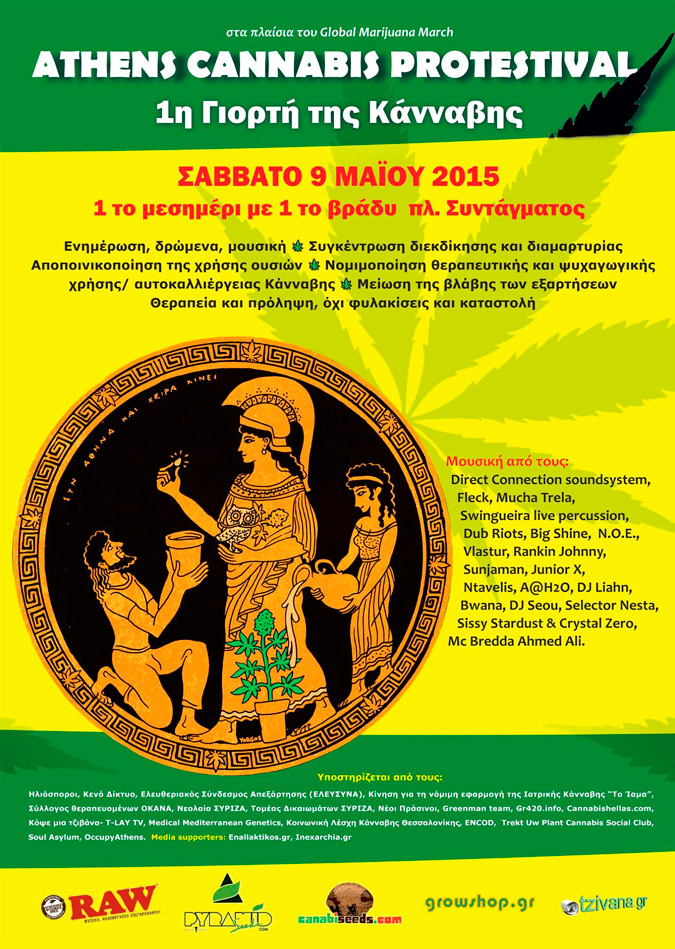 Festival organizers have called on Prime Minister Alexis Tsipras to attend the festival since in the past he had supported the movement to legalize cannabis and soft drugs.
What they are asking is the legalization and cultivation of cannabis for personal use for therapeutic and entertainment purposes. The protest part of the festival is to ask for the “right of an individual to use the euphoric substance of their choice.”
The poster of the festival depicts ancient goddess Athena cultivating the cannabis plant. The two main sponsors of the festival are two Spanish websites selling cannabis seeds.
The festival organizers propose that Greece adopts the Uruguay model, according to which each citizen has the right to cultivate up to six plants for personal use, the forming of non-profit cannabis social clubs, and the state selling certain quantities per year to adults at low prices. They believe that with the current government in Greece the time is ripe for such a radical move.