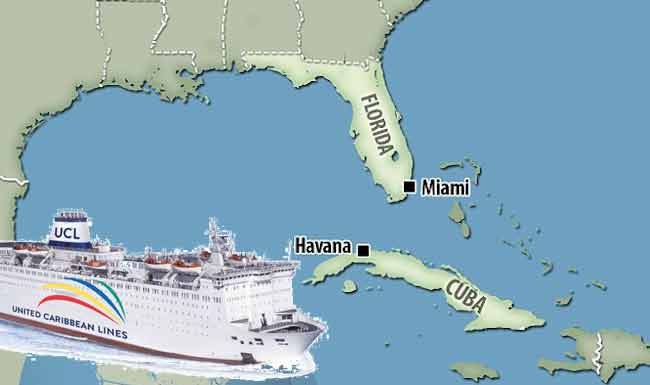 Greek-owned United Caribbean Lines Florida will be one of the first shippers that will operate coastal shipping services between the U.S. and Cuba, according to a Kathimerini daily report.

The U.S. Department of Treasury has issued only four licenses so far. One of them went to the Greek company in which main shareholder is Alexandros Panagopoulos, son of Pericles Panagopoulos who was the founder of Blue Star Ferries and Super Fast Ferries.

It has been about 50 years since the two countries had cut diplomatic ties. Now a new relationship is forged between them and United Caribbean has the license to carry people and cargo to Havana, starting this fall.

“Cuba’s coastal shipping market has amazing potential for growth and a great amassed demand for trips to the U.S.,” Panagopoulos told Kathimerini.

According to the report, United Caribbean will tap three markets: tourism traffic, cargo and the sizeable Cuban diaspora in the U.S. Tourism from the U.S. to Cuba will be licensed soon, also.

The ferry to be used will connect the major ports of Florida, such as Miami, Tampa Bay and Port Everglades, with Havana. Panagopoulos said that the firm also hopes to also include ports in Mexico in the future, such as Cancun and the Yucatan Peninsula.

The capacity of the initial ferry to be used on the route will be around 1,500 passengers, with some 400 cabins available, although it is not clear whether a leased or company-owned ship will be used. Depending on the success of the service and the progress in U.S.-Cuban relations, Panagopoulos says that a second ship may be added.