GRNews
GreekReporter.comGreeceCrete: Girls Sue Parents, After Being Left Outside the House For Partying

Crete: Girls Sue Parents, After Being Left Outside the House For Partying 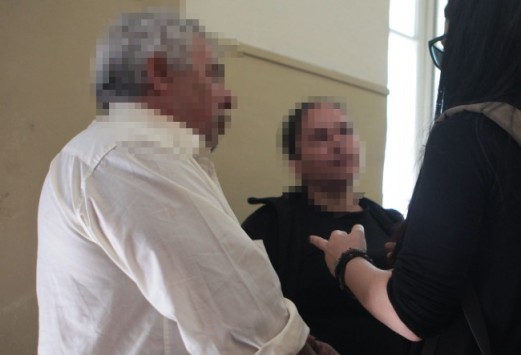 The unprecedented case of two girls who sued their parents will be discussed before the First Instance Court. The two sisters from Crete decided to go to the police and sue their parents when their father locked them out of the house as punishment for staying out too late.
The Greek justice and police authorities are handling the case as discreetly as possible, while they are expected to clarify the situation after the hearing where the parents will be judge for exposing their minor daughter to risk.
The family lives in the village of Mires, Crete and according to the testimonies the relations between the father and the two girls, aged 16 and 19 years respectively, appears to have been strained. In recent months they would mostly fight because the girls stayed out too late, even on weekdays.
Late last Tuesday, after the two sisters returned home, they discovered that they father had changed the house locks, to punish them, since they did not respect the curfew he had requested. The two young women tried to enter the house through the window, but failed. At that moment, the younger sister, 16, decided to go to the local police station where she reported the incident and filed a lawsuit against her parents.
The parents were arrested by Greek police officers and brought before the prosecutor in Heraklion, Crete who referred them to trial in the First Instance Court on charges of exposing a minor to risk.
The trial was postponed, since the two girls had to be examined by a coroner to investigate the possibility of abuse, but also to have a clear scientific opinion for the abrasions and scratches the 16-year-old girl had on her hands. The trial will continue today, May 7.