TechNews
GreekReporter.com Greek News Economy Varoufakis: An Agreement Will Be Achieved and the Situation Will Stabilize

Varoufakis: An Agreement Will Be Achieved and the Situation Will Stabilize 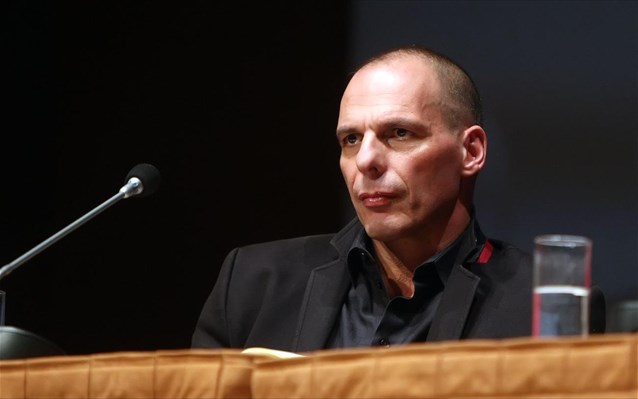 Resolving the non-performing loan problem of Greek banks will require Europe’s intervention, Greek Finance Minister Yanis Varoufakis said on Tuesday at a banking forum in Athens, Greece, organized by the Hellenic Management Association (EEDE), adding that the issue is being discussed in Paris between the Greek government and its partners (loan creditors).
He supported the creation of a “bad bank” and the speedy use of EFSF funds, to resolve the issue and said it was also necessary to create a development bank.
Speaking about the government’s negotiations with its partners, Varoufakis expressed certainty an agreement would be reached and the situation stabilized. “The convergence is clear and the institutions acknowledge it,” the minister said, adding however that there won’t be a solution at the next Eurogroup in Riga, Latvia.
“Our partners and us have invested in an agreement and we won’t let the opportunity go to waste,” Varoufakis noted, adding that the government’s aim in negotiations was not just resolving the Greek issue but ensuring a true integration of the eurozone.
Among other things, he said that low inflow to social insurance funds made it impossible for them to cope, calling for smart funding tools in order to support their viability.
In terms of privatizations, they should secure a percentage for the state, even if a minority stake, instead of outright sell-offs, while private investors should also connect with local communities. The era when a Left government would oppose enterprise has long gone, he said.
(source: ana-mpa)