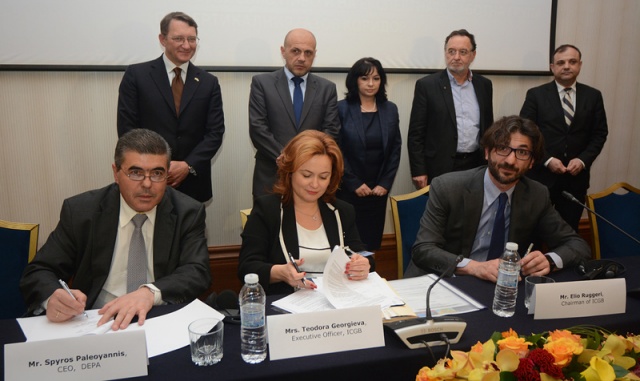 The Energy Ministers of Greece, Bulgaria and Romania agreed on the construction of a gas interconnection grid, which is scheduled to begin on March 2016 and completed by the end of 2018. According to Bulgarian Energy Minister Temenuzhka Petkova, the three Ministers’ talks were focused on the prospective construction of the so-called “Vertical Gas Corridor,” linking gas grids of the three European Union member-states. The meeting was held in Sofia and Petkova hosted her Greek counterpart Panagiotis Lafazanis and Romanian Energy State Secretary Mihai Albulescu, as well as management officials of the Greek, Romanian, and Bulgarian entities taking part in the project.

The idea for the ambitious project was first tabled in December 2014, following the demise of Russian Gazprom’s South Stream gas pipeline. It is estimated that the new gas infrastructure could carry between 3-5 billion cubic meters of gas annually from Azerbaijan and Greece’s liquefied natural gas (LNG) terminals.

As Bulgarian Deputy Prime Minister Tomislav Donchev highlighted, Europe’s gas map is changing and interconnections with neighbors allow Bulgaria to be ready for “all future scenarios.” “We often talk about diversification, security of supplies. Without real connectedness among neighbors this is just eyewash,” he underlined, according to Focus News Agency, adding that the nascent European Energy Union would be “impossible without a network of regional projects.”