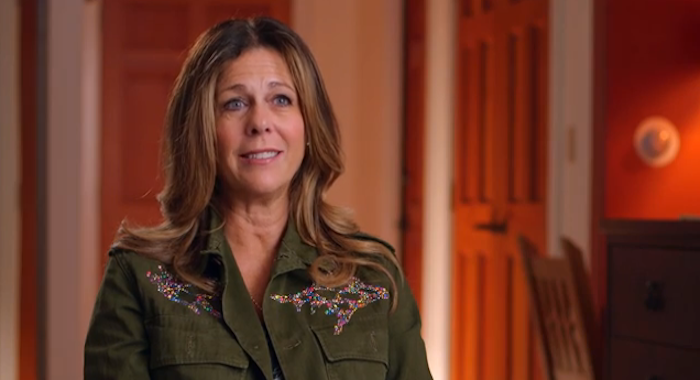 Rita Wilson recently shocked her followers when she opened up about her very personal and distressing battle with breast cancer. Wilson also talked about undergoing a double mastecomy and reconstructive surgery after her breast cancer diagnosis in order to fight the disease.

Not much is known about those underlying conditions and the damage they can cause, so Wilson also shared her health issues in part to bring awareness to LCIS and DCIS.

When the first doctors tested Wilson, they told her she was fine, but Rita still didn’t “feel right”. On the advice of a friend, she sought out a second opinion, and the new pathologist found invasive lobular carcinoma.

Wilson emphasized this part of her ordeal to her followers, because as she said, “I hope this will encourage others to get a second opinion and to trust their instincts if something doesn’t ‘feel’ right.”

The 58-year old actress is thankful for the love and support she has received, especially from her husband Tom Hanks, and expressed strong hope and optimism for her future. She stated, “I am recovering and most importantly, expect to make a full recovery. Why? Because I caught this early, have excellent doctors and because I got a second opinion.”

After her announcement this morning, Rita has received an outpouring of support from her friends in the entertainment industry. Celebrities like Katie Couric and Christina Applegate have sent her wishes for a full and speedy recovery, while Christiane Amanpour Tweeted “Wishing my good friend @RitaWilson the best as she makes this important announcement, which will help millions of women and their families.”

Before her diagnosis, Wilson was in the Broadway play “Fish in the Dark”, from which she had taken a few weeks off to deal with her health issues. Her recovery is going so well that she expects to be back on the stage entertaining audiences on May 5th.