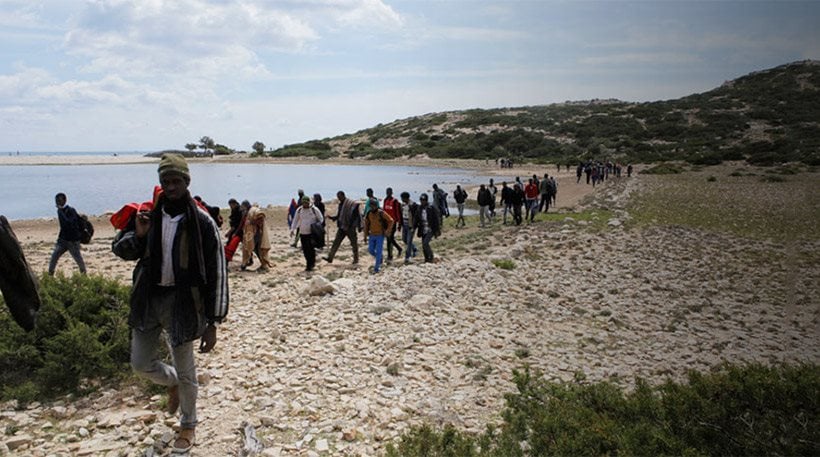 The Greek government is seeking an emergency plan that will employ abandoned army camps and empty state buildings to house refugees from war-torn areas who flood Greece.
Greece will receive large inflows of war refugees within the next months and the numbers will continue to increase, according to the United Nations High Commissioner for Refugees (UNHCR).
Greek government sources said on Monday that Athens is seeking emergency plans to deal with the influx of refugees in Greece. They added that dealing with the refugee flows requires the activation of European mechanisms, to which the Greek government has turned to, and there has been a request to the UNHCR for the relocation of refugees from Syria to other countries.
The same sources said that although the country is an entry point for refugee flows, the infrastructure in place is non-existent since the former Antonis Samaras government did not implement any measures and left European Union funds untapped.
Opposition parties accused the leftist SYRIZA-led government for dealing with the illegal immigration issue frivolously by sending the message that everyone who wants, can enter Greece and get legal papers to stay in the country for six months.
The New Democracy spokesperson said that the new government has the nerve to accuse the Samaras government for inadequacy in the illegal migration issue while they are the ones who essentially opened the borders to illegals.
Opposition party To Potami said that the government is “playing with fire” and that having refugees and illegals camping out in central Athens is not immigration policy but a free-for-all. The party spokesperson said that the immigration issue is serious and no ground for experimenting with leftist ideas and the lack of immigration policy is dangerous for the country.
Over 750 refugees and illegal migrants entered Greece last week, in the islands of Lesbos, Chios and Kos specifically.
On Monday morning, 109 out of the 157 migrants who had entered the island of Gaudos were transferred to Athens. Most of them camped at Victoria Square in central Athens since there was no place to accommodate them. Meanwhile, 160 illegal migrants are detained at the Kos police station.