GRNews
GreekReporter.comGreek NewsCyprusTalks on Cyprus Problem to Resume After Illegal Elections in the Occupied... 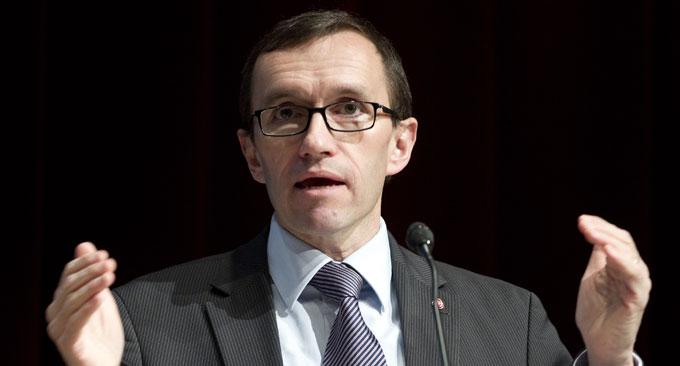 Negotiations for the Cyprus problem settlement will resume after the illegal elections will be held in the island’s Turkish-occupied areas, United Nations Secretary General Special Advisor on Cyprus Espen Barth Eide announced.

Addressing journalists during a press conference at the UN-protected area in Nicosia, Eide characterized the current year as one of great importance for the solution of the Cyprus problem, although he was not able to specify the talks’ resumption date. As he said, the negotiations will take place within the coming few weeks.

Moreover, regarding the first meeting between the two sides’ leaders, he explained this will take place in Cyprus, adding that he is open to proposals continuing the talks elsewhere. As he said, the President of the Republic of Cyprus, Nicos Anastasiades, is ready to return to the negotiation table since the reasons he suspended his participation in the peace talks do not currently exist. As he said, all Cypriots should realize that a solution is in their best interest.

Cyprus, which is a member of the European Union since 2004, has been violently divided in 1974, after a brutal Turkish invasion and the following occupation of its northern lands or 37% of its territory. On its part, Turkey has repeatedly denied to recognize the Republic of Cyprus, despite calls by international institutions and the European Union, which Ankara aims to join. At the same time, numerous United Nations-backed negotiations to reunite the island under a federal government have failed. In October 2014, President Anastasiades suspended his participation in the peace talks following a Navigational Telex (NAVTEX) issued by Turkey for the conduction of hydrocarbons research in Cyprus’ Exclusive Economic Zone (EEZ) by seismic vessel “Barbaros,” escorted by a number of Turkish Navy ships.