GRNews
GreekReporter.comGreeceTurkey Warns Greece to Avoid Unilateral Actions and Not to Spoil 'Positive... 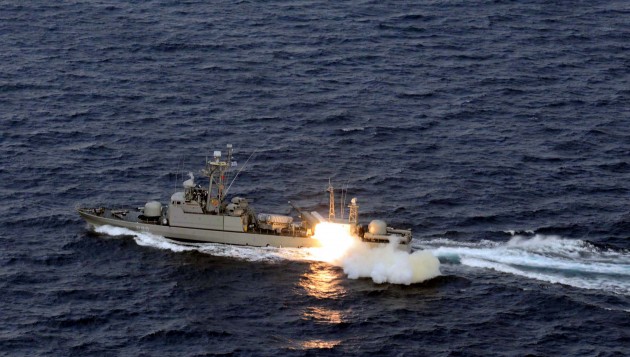 Ankara has today intensified its attempt to “gray” areas in the Aegean sea, warning Greece not to proceed to unilateral actions that would damage the positive atmosphere between the two countries. The above statement, seen as a clear threat against Athens, was made yesterday by Turkey’s Foreign Ministry spokesperson Tanju Bilgic, and comes only a few days after the Turkish Defense Minister Ismet Yilmaz questioned the Greek sovereignty in no less than 16 Aegean islands within the country’s Parliament.

“We maintain the political will and determination needed for a comprehensive and lasting solution to all problems in the Aegean with methods stipulated in the United Nations charter for the peaceful resolution of disputes… based on common interests,” the Turkish Foreign Ministry spokesperson highlighted. As he characteristically said in his written statement, until those issues are resolved it is important “for both of the sides to avoid unilateral attempts that would have a negative impact on peace and stability in the region and would harm the positive atmosphere between the two countries.”

Mr. Bilgic also criticized the Greek Defense Minister Panos Kammenos for his recent comments, during which he characterized the Aegean as a “Greek sea.” “This distorted understanding, which underlines all problems about the Aegean, harms efforts to settle disputes in the Aegean and promote bilateral relations,” the Turkish official said.

It should be noted that on March 29 the Greek Foreign Ministry spokesperson Konstantinos Koutras replied to Mr. Yilmaz’s provocative statements, questioning the Greek sovereignty in several islands. “No dispute or point of doubt whatsoever exists with regard to the status of any island or islet in the Aegean or the Eastern Mediterranean. What is more, international legality is among the foundations of European culture and is not altered by intentions to violate international law or by unilateral statements or actions,” Mr. Koutras said.