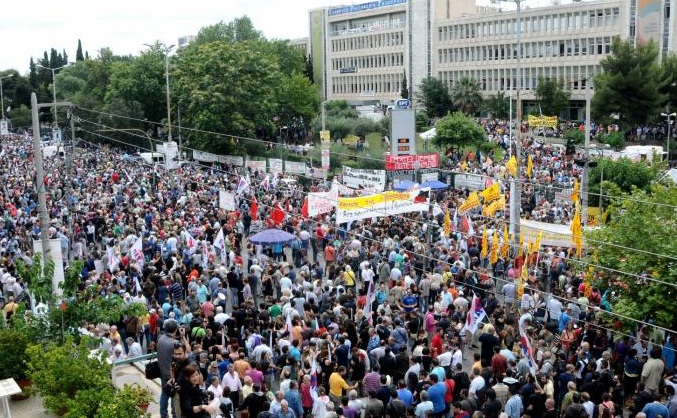 A bill paving the way for the reopening of Greek public broadcaster ERT was tabled by the government on April 1. The draft law was tabled after an Athens court ruled that some 3,000 ERT (Hellenic Broadcasting Corporation) employees were fired illegally in 2013. The court also decided that the 198 former employees who appealed against their dismissals should be rehired immediately. The court’s decision comes in complete contrast to the country’s highest administrative court, the Council of State, which found the government was within its rights to close the broadcaster and fire its staff.

On June 11, 2013, the Greek government announced ERT would close and all its employees would be fired. The Greek public broadcaster was dissolved by a Common Ministerial Decision as amended by an urgent government legislative act. Despite running a budget surplus on income from a license fee outside the state budget, in a televised statement, the at the time minister responsible for media and New Democracy, PASOK and Democratic Left (DIMAR) coalition government spokesperson Simos Kedikoglou, characterized ERT as a “haven of waste” that cost more and had fewer viewers than private stations. “The Greek people are paying for ERT, which has three times, even eight times, as much staff as it needs” he said, adding that the government was sacrificing one of the public sector’s “sacred cows.”

Later in the evening, riot police forced their way into the transmitting stations and all ERT transmitters were closed down. Using satellite offices and other spaces that had not been closed down, ERT journalists continued to broadcast to the Internet.

ERT consisted of five TV channels — ET-1, NET, ET-3, ERT World and ERT-HD — as well as seven radio stations in Athens, three in Thessaloniki, 19 peripheral radio stations across the country, a symphonic orchestra and one of modern music as well as a choir. It also had magazines, and a website www.ert.gr, digital archives, web TV at www.ert.gr/webtv, some 2,324 regular employees and 792 provisional workers.