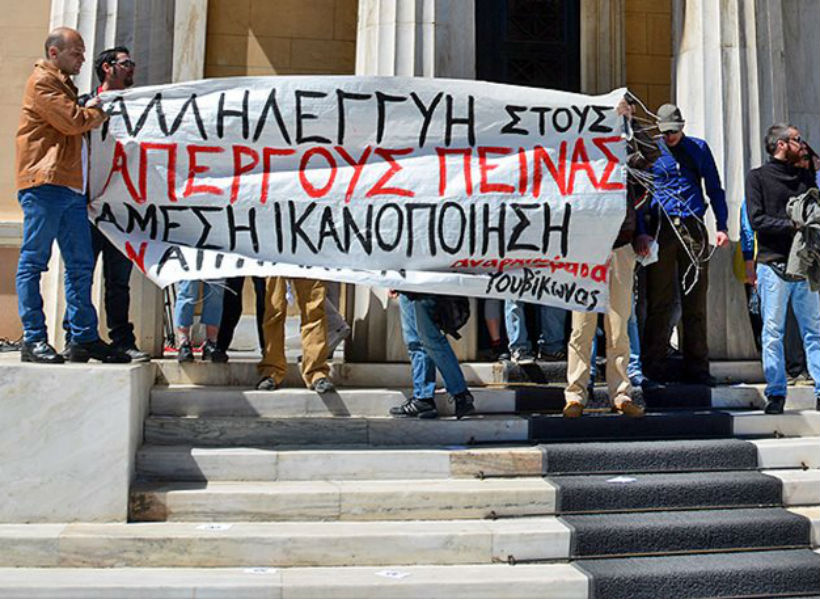 The Greek government is considering a merger between the Citizens’ Protection Ministry and the Justice Ministry in order to avoid instances where civil rights and public order conflict with each other.
The issue came up after a group of anarchists entered the Greek Parliament courtyard yesterday demanding the abolishing of maximum security prisons and the release of jailed terrorist suspects. The protesters were removed peacefully by the police. This happened after another group of anarchists has occupied the administration building of the National Kapodistrian University of Athens for the same reason.
In a meeting between Prime Minister Alexis Tsipras, Justice Minister Nikos Paraskevopoulos, Interior Minister Nikos Voutsis, State Minister Alekos Flambouraris and Deputy Citizens’ Protection Minister Yiannis Panousis the possibility of the merger of the two ministries was discussed, along with a bill aiming to abolish “Type C” maximum-security prisons.
Opposition parties criticized the incident at the courtyard of the parliament and launched accusations against House Speaker Zoe Konstantopoulou who stated that the invasion of the group in the premises was “no big deal” and that it is the citizens’ right to protest. Contrary to her comments, government spokesman Gavriil Sakellaridis spoke of “a provocative and inexplicable act.”
Meanwhile the sit-in at the University of Athens continues for the third day. In Thessaloniki, anti-establishment youths took over the administration building of the Aristotle University of Thessaloniki. In Patras, a group of anarchists occupied the offices of SYRIZA, while a group of similar minded youths took over the Xanthi City Hall in northern Greece. There was also an unsuccessful sit-in at the Nea Smyrni City Hall — an Athens suburb — as police arrived on the spot immediately.