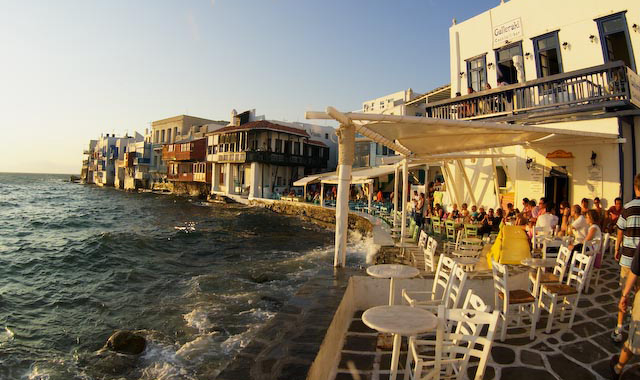 Tourists, students and housekeepers are going to be called, among others, to deal with Greece’s long standing tax evasion problem, according to Finance Minister Yanis Varoufakis’ seven economic reforms list, in order to unlock the 7.2-billion-euro bailout assistance. As the 11-page letter Varoufakis sent to Eurogroup President Jeroen Dijsselbloem earlier today reads, they will serve as undercover tax inspectors!
“The large number of non-professional inspectors are hired on a strictly short-term, casual basis (no longer than two months, and without any prospect of being rehired) to pose, after some basic training, as customers, on behalf of tax authorities, while wired for sound and video,” the letter reads. The new recruits, including tourists in popular destinations “ripe with tax evasion,” would be paid by the hour and would be “hard to detect by offending tax dodgers.” “The very ‘news’ that thousands of casual ‘onlookers’ are everywhere, bearing audio and video recording equipment on behalf of tax authorities, has the capacity to shift attitudes very quickly,” Varoufakis explained in his letter to Dijsselbloem.
Moreover, the proposals include a new plan to issue licenses to online gambling companies that Athens believes could raise 500 million euros per year. A new “fiscal council” is also included in the proposals, along with a request to begin “higher-level discussions” on a third Greek bailout package, characterized as a “follow-up arrangement” that the Greek government said will be named a “Contract for Recovery and Growth of the Greek Economy.”