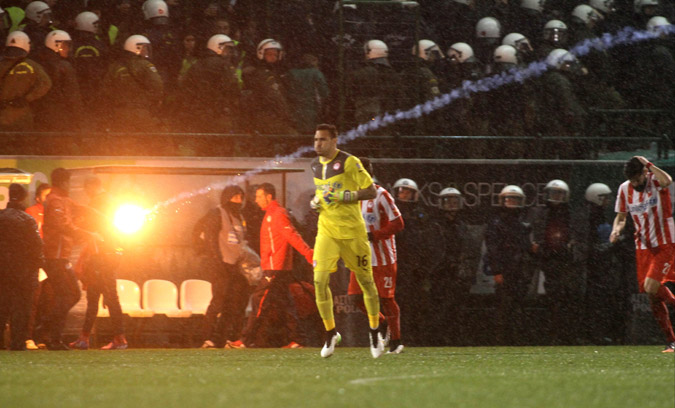 Deputy Sports Minister Stavros Kontonis announced earlier today that the Greek football top division (Super League) will resume, highlighting though that the league’s matches will be played in empty stadiums with no fans. As he further explained, a guideline to address sports-related violence will be completed by tomorrow and, as he added, he hopes to be strictly followed by all involved parts. Furthermore, as the Deputy Minister stressed, no matches will be kicked off if the guidelines are not followed. Among the measures to combat violence is the inclusion of electronic tickets from all clubs participating in the Greek first division.

In addition, the proposed measures to combat violence will include a total ban on away fans, stricter penalties for riots, greater authority to referees and stewards, and improved policing of fans outside and inside the stadiums, according to statements by Greece’s Super League president Giorgos Borovilos.

On Wednesday, February 25, the newly elected Greek government and the country’s football authorities decided the indefinite suspension of all national football championships due to the latest violent incidents that have stigmatized the country. The suspension followed violence at a league match between fierce rivals Olympiakos and Panathinaikos, and a brawl between club officials on Tuesday during a board meeting of league organizers. The Greek league has already been suspended twice this season due to football-related violence.