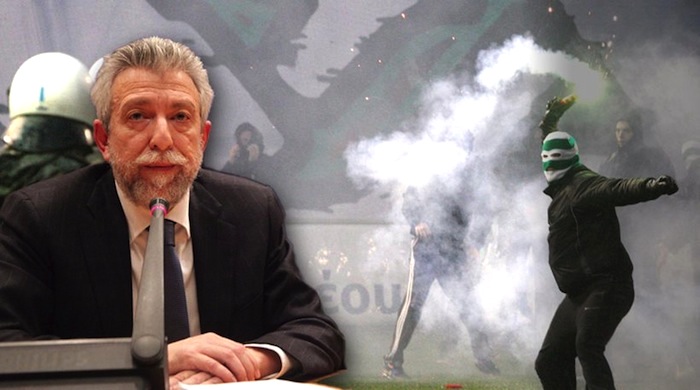 Deputy Minister of Sports Stavros Kontonis has decided the indefinite suspension of all national football championships due to the latest violent incidents that have stigmatized the country. The suspension followed weekend violence at a league match between fierce rivals Olympiakos Piraeus and Panathinaikos Athens, and a brawl between club officials on Tuesday at a board meeting of league organizers. The Greek league has already been suspended twice this season because of football-related violence.

According to the President’s statements, the Deputy Minister announced that there will be an indefinite suspension of all professional football leagues until drastic measures against violence are taken. In addition, he informed them that the resumption of football matches will depend on when these measures will be applied.

After the meeting Mr. Kontonis made the following statement: “I had a long meeting with the Presidents. I explained the problems that have arisen and the uncomfortable position that the government is in due to the repeated violent incidents. At 5 p.m. I will meet with the Panhellenic Association of Paid Footballers (PSAP). At 6 p.m. I will hold a meeting with the Prime Minister and proceed to announcements.”

Mr. Kontonis has asked the Presidents to enforce the use of electronic tickets, to eliminate the fan associations and turn them into clubs, to install cameras in all stadiums as well as a number of other measures.