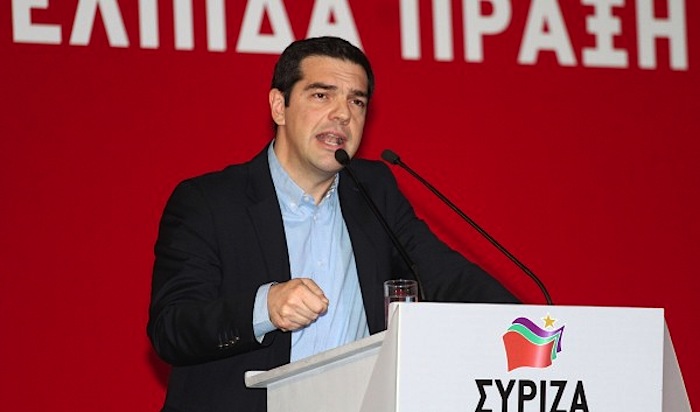 “We are at the start of a great and difficult battle… We are not going to escape from our commitments,” stated Greek Prime Minister Alexis Tsipras speaking to SYRIZA’s Central Committee on Saturday.
He referred to a turbulence in the first month of SYRIZA’s governance, noting that Greece is not Europe’s pariah anymore, which follows orders and only implements Memoranda.
“The people feel that they regained their lost dignity. The humanitarian crisis is the main issue of the discussions. We have made allies on an international and European level in order to get rid of the self-fuelled crises. We said a lot of ‘nos’ despite the unbearable pressures,” noted Tsipras and reiterated that “the Troika and the Memorandum are history.”
From the SYRIZA Central Committee meeting, the Greek Prime Minister stressed the following:
-Creditors’ plan is and has always been to lead our government to wear, subversion or to an unconditional surrender on Memorandum orders.
-We observe a support wave that has not occurred since the period of dictatorship.
-We went through a tough battle in a long and difficult war that is still in progress.
-We managed to separate the loan agreements by the devastating Memoranda.
-We put an end to the Memorandum, formally and substantially.
-We put an end to the Troika and from now on we will deal not with officials but with the European Commission.
-We have achieved the end of unrealistic and unattainable surpluses.
-We have secured the safety of the financial system.
-From now on, we will give a daily battle.
-All those who bet on a third Memorandum in June will be disappointed – Memoranda are done.
-We will seek the country’s total disengagement from humiliating guardianship.
-Sweeping reforms are not commitments to partners.
-We will dismantle corruption and bring transparency.
-Monday is the starting point of a reforms marathon to facilitate citizens.