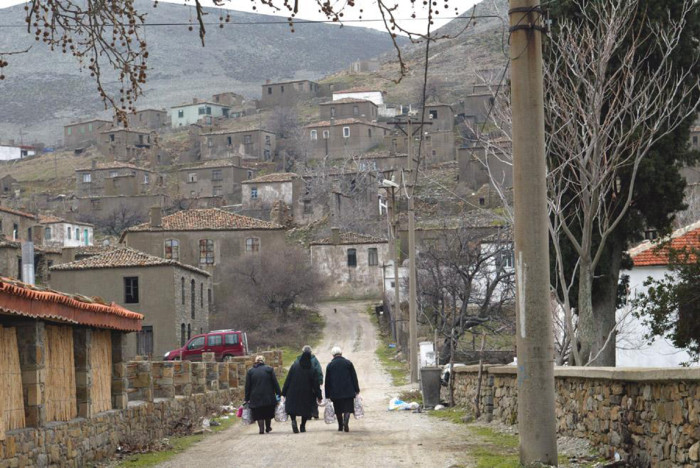 Former Greek residents of Imbros, who had left around 1974, are now beginning to resettle on the island due to the financial crisis that has driven them away from Greece. Many families, young or older people in their most productive years, are travelling to Imbros, Turkey, in search of business opportunities.

The Imbros Union of Macedonia-Thrace has already discussed the issues and prospects that may arise for people who are thinking of establishing a new business in Imbros or people who have already done so. Union secretary Pavlos Stamatidis noted that a similar discussion would have seemed utopian 10 years ago, but over the last few years, Greek people have been returning to the island.

He estimated that the main problem that needs to be addressed is the recognition of hereditary rights, regardless of nationality, as well as the passing of expropriated land that is not used for public purposes to the original owners.

Under the current legislation, a Greek citizen can inherit from a Turkish, but will have to sell the property to a Turkish national within a year.

In regards to education, Stamatidis stressed that a primary school is already operating on the island, while the city will provide for middle and high school facilities by next September. “We have the right to operate schools in minority education, even if it is just for one child.”

He also described the fact that seven Greek families who settled in Imbros have small children as very positive, since it will help them keep the schools open. Furthermore, he stressed that there are many opportunities for business development on the island and programs implemented by the Turkish people in a series of sectors, such as tourism, agriculture, fishing, beekeeping, traditional products and shopping.