German Vice Chancellor Gabriel: Everyone Relieved by the Greek Deal 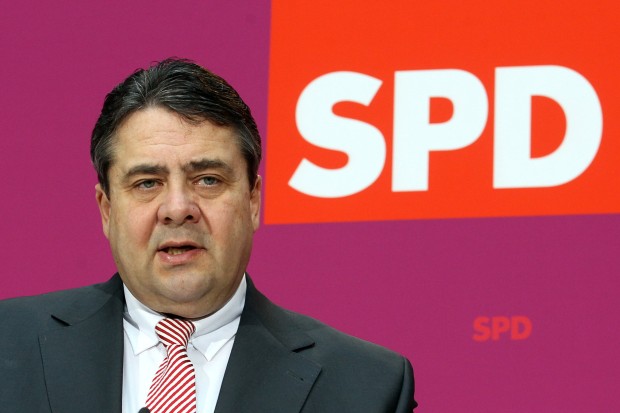 German Vice Chancellor and Social Democratic Party (SPD) President Sigmar Gabriel welcomed the Eurogroup’s agreement on the Greek issue during a visit to Madrid. “Here, everybody was relieved that it was possible after all to reach a major breakthrough last night,” he said.
As declared, the new deal entails a four-month extension of the loan agreement without new austerity measures and a commitment that no unilateral actions will be taken.
The German Vice Chancellor visited the Spanish capital in order to participate in a center-left political conference organized by the Spanish Socialist Workers’ Party. The participating European social democrats discussed ways to boost economic growth in the Eurozone, as well as security issues and counter terrorism measures to be taken. According to Spanish analysts the conference comes as an answer to the leftist Podemos party rise. The anti-austerity movement was born from the aftermath of the “Indignados” movement of 2011 and holds an ally with Greek SYRIZA.
Asked about the rise of populist and nationalist parties in several countries, he put the blame on the established political elite. “This happens if one ignores the genuine interests of the people for too long and if Europe has 26 million unemployed. It’s simply a catastrophe,” Mr. Gabriel said.
On his behalf, the French Prime Minister Manuel Valls called the European leaders to a less austerity-centered agenda. “Austerity for austerity’s sake, punitive politics for the people is leading to rising populism and weakening possibilities to recover growth and competitiveness in our countries,” he warned.
Finally, the European Parliament President Martin Schulz, also a member of Germany’s SPD, stressed that what Europe needs is a reduction of sovereign debt. “But we cannot reduce the public debt without growth and employment,” he explained.