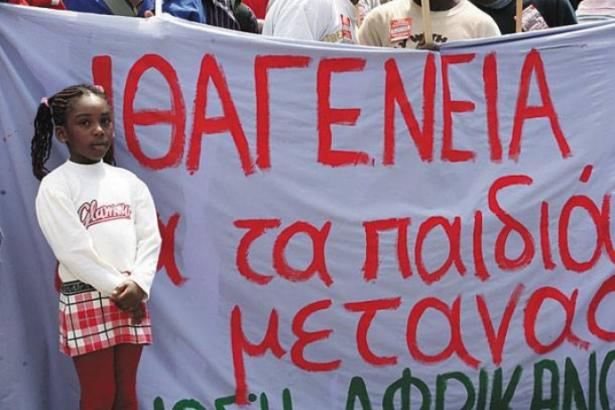 Greece’s Deputy Migration Policy Minister Tasia Christodoulopoulou, in an interview with Athens-Macedonian News Agency, declared that her first bill to be tabled in the Greek Parliament will be the one regarding granting citizenship to second generation migrants. As she said, the bill is a “country’s great obligation,” adding that previous relevant draft laws submitted by other parties too will also be taken into consideration in order to achieve the necessary parliamentary majority. She also referred to the detention centers, saying that the examination of cases and the gradual release of detainees have already started.
Christodoulopoulou’s ministerial program includes, among others, the disruption of Greek Police’s “Xenios Zeus” operation for the arrest of migrants, which was introduced by the previous administration and specifically by former Public Order and Citizen Protection Minister Nikos Dendias and continued by his successor Vassilis Kikilias.
As Christodoulopoulou has already declared in the past, all children born in Greece and who have not known any other country as their homeland, will immediately be granted Greek citizenship. In addition, she appears committed to gradually shut down all operating migrant detention centers, such as the controversial Amygdaleza camp, near Athens. As she said, they will rather operate as open welcoming centers. Moreover, the Deputy Migration Policy Minister has repeatedly appeared optimistic regarding the review of the Dublin Regulation determining the European Union member-states’ responsibilities toward migrants and asylum seekers.

Internet Use Skyrockets in Greece During Lockdown