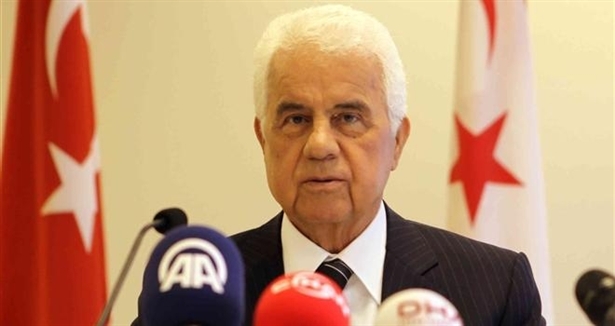 Cyprus’ government spokesperson Nikos Christodoulides accused the illegal Turkish-Cypriot government yesterday that on the occasion of the upcoming elections in the occupied northern part of the island, it has issued statements not corresponding to reality. As he pointed out, such statements, mainly made by the so-called “President” Dervis Eroglu, will become more and more common as the election date is approaching, while he called Eroglu to justify the illegal issuing of a NAVTEX (Navigational Telex) just six days before the two leaders would return to the negotiation table in mid October 2014.

“It seems that as the so-called ‘elections’ in the occupied areas approach, we will get more used to statements made by Mr. Eroglu that do not correspond to reality,” Christodoulides noted as he was questioned about the Turkish-Cypriot leader’s statement to Cypriot newspaper “Haravgi,” in which he accused the President of the Republic of Cyprus, Nicos Anastasiades, for leaving the Cyprus talks because he was not ready to enter into a give-and-take procedure.

“Turkey should answer why a NAVTEX was issued six days before the beginning of substantive talks, knowing that such an action would lead to the suspension of our participation in the talks,” Christodoulides underlined, calling Ankara to give a clear answer on that. The proposals submitted by the Turkish-Cypriot leader have nothing to do with past convergences, he added, dismissing Eroglu’s claim that he submitted proposals for the resumption of talks and those were rejected by President Anastasiades, while noting that the Special Adviser to the United Nations Secretary General, Espen Barth Eide, has recognized the President’s constructive attitude.

Cyprus, which is a part of the European Union since 2004, has been violently divided since 1974, after a brutal Turkish invasion and the following occupation of its northern lands or 37% of its territory. On its part, Turkey has repeatedly denied to recognize the Republic of Cyprus, despite numerous calls by international institutions and the European Union, which Ankara aims to join. At the same time, numerous United Nations-backed negotiations to reunite the island under a federal government have failed. In October 2014, Cypriot President Anastasiades suspended his participation in the peace talks following a NAVTEX issued by Turkey for the conduction of hydrocarbons research in Cyprus’ Exclusive Economic Zone (EEZ) by seismic vessel “Barbaros,” escorted by a number of Turkish Navy ships.