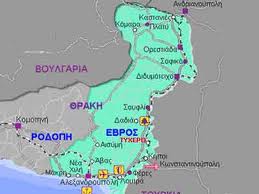 The area around Evros River, northern Greece is suffering for the second time in just a few months, from severe floods that are putting people’s lives in danger and destroying the land.
Most major flood problems have been reported in the south part of the river. The water has reached several of the villages. More specifically, in Lagyna the water has reached the central square, while Greek authorities have already evacuated the village of Poros.
The huge amounts of water that came from Bulgaria has raised the river water level 1.5 meters above normal and as a result the water has surpassed the mounds that were used to keep villages safe.
According to Deputy Evros Prefect Dimitris Petrovic the problem has been contained to the south. “We have evacuated Lagyna village, where the water has surpassed the mounds. We have never seen so much water, reaching 2.670 cubic meters per second. Around 18,000 hectares has been covered by water,” he said.
Yesterday, February 5, the Greek Deputy Minister of Infrastructure, Christos Spirtzis arrived in Evros, northern Greece and today he will be visiting the affected areas. Furthermore, Spirtzis will lead a meeting in order to discuss the further safety measures that will be taken over the next few hours, when severe weather conditions are expected to hit the region.