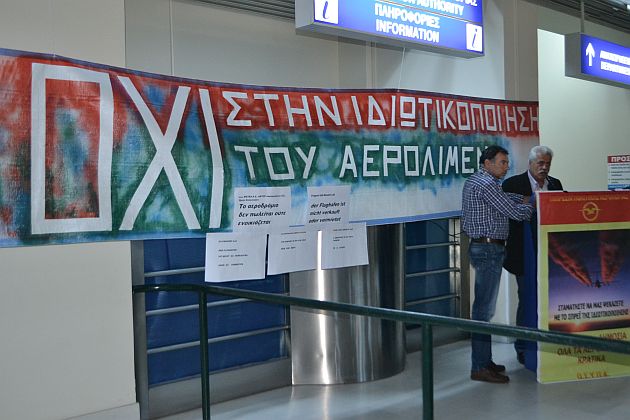 The Productive Reconstruction, Environment and Energy Minister Panagiotis Lafazanis is currently promoting a bill that would invalidate the privatization of DEI (Public Power Corporation of Greece) and the sale of ELPE (Hellenic Petroleum).
Specifically, the bill is:

At the same time, the new government appears decided to also cancel the privatization of the regional airports program. The 14 airports around the country that are used by thousands of tourists on an annual basis are currently in disappointing condition, while the public investment program could not afford funding their reconstruction.
The regional airports privatization plan has only recently outbid the 14 airports to the highest bidder, Flaport and Slentel consortium. According to its tender, the consortium would take over the airports’ management for 40 years in return of 1.234 billion euros and an annual rent of another 22.9 million euros, which would have been adjusted according to the country’s inflation rate. Additionally, the payments to the Civil Aviation Authority and the Hellenic Air Force would cast the State’s benefit within these 40 years to some 10 billion euros.